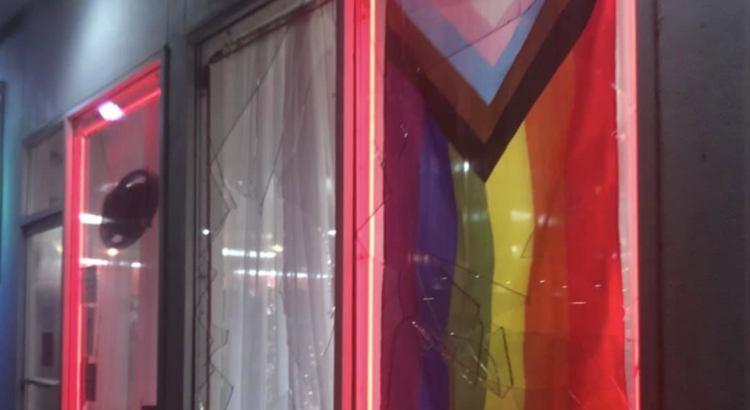 Ballard’s Wild at Heart (1111 NW Leary Way) has been broken into twice this month, the second one coming just days after they replaced their windows from the first break-in.

Owner Lisa Szilagyi wrote about the burglary in the My Ballard Group, saying they were closed for three days cleaning up the mess from the Dec. 12 burglary, which caused $8,000 in damage. She says her insurance deductible is $10,000, meaning it’s a total loss.

The first break-in was Dec. 6; the damage from that incident exceeded $6,000 according to the charging documents.

Szilagyi says the burglar was peddling the stolen merchandise at the 7-Eleven next door—he reportedly sold a $240 item to someone for $5, she says. Szilagyi says he’s now in jail due to assaulting an officer and other charges.

The threat continues, however: Szilagyi says they had someone try to pry open their front doors on Friday night.

“We’ve been dealing with ongoing vandalism, shoplifting, human feces, vomit and blood in our entryway, burglary, door locks drilled out, graffiti, dirty needles scattered in our parking lot, dumpsters stolen,” Szilagyi says. “You know what, we’re still here, not getting run out of our business after 15 years.”

She says she plans to get the windows laminated and will be installing a metal cage on the front door next week.

“We’re treading water and hoping for a miracle of change in our community. I’m saying stay strong Ballard, these are difficult days but let’s keep supporting each other.”