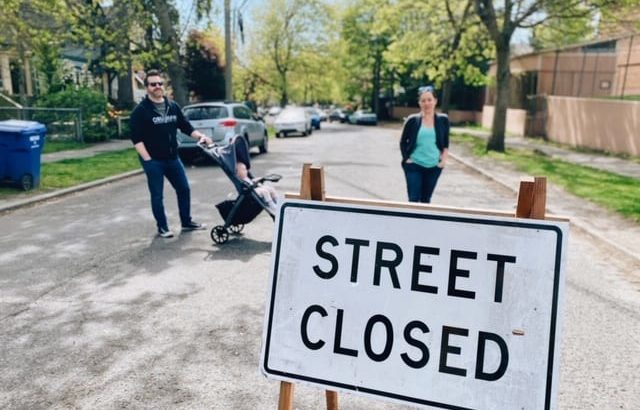 The Stay Healthy Streets program in Seattle could be paused if SDOT doesn’t reallocate funding to keep it going.

According to the Seattle Bike Blog, the program will be put on hold if SDOT doesn’t get approval to divert funding from the Bicycle Master Plan.

Stay Healthy Streets started in May 2020 in response to the COVID-19 pandemic, aimed at offering outdoor recreation opportunities close to home for residents around the city. After the success of the pilot program, Mayor Jenny Durkan announced that 20 miles of Stay Healthy Streets would be made permanent.

Now, as the Seattle Bike Blog reports, that could be in limbo.

When the Stay Healthy Streets program was announced, SDOT had Federal CARES Act funding to pay for it. Now that funding has run out, so SDOT is hoping to support the program from the Bicycle Master Plan funding instead.

However, last month the Pedestrian and Bicycle Advisory Boards voted to keep the money allocated for bike and street improvements, rather than diverting it to pay for Stay Healthy Streets.

Without reallocating funding, SDOT may be forced to pause the program indefinitely. The oversight committee will readdress the issue at a future meeting.