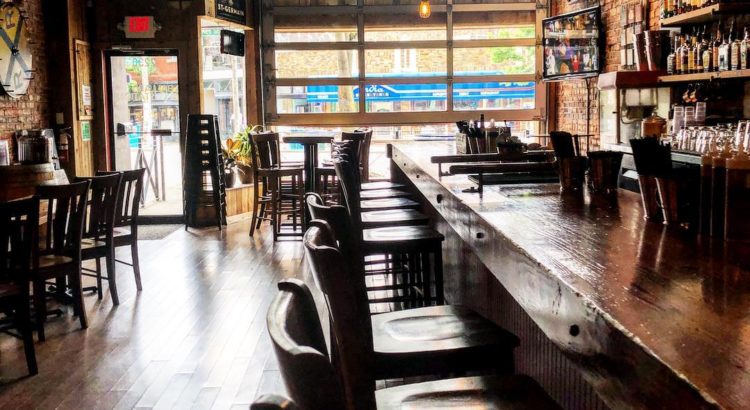 The popular Ballard Station Public House has just reopened after being closed for a full year during the pandemic.

Ballard Station has remained closed due to their nightclub classification: They didn’t serve food, meaning they couldn’t qualify for reopening until Phase 4 of the state’s earlier draft of the Safe Start plan.

The current reopening guidelines are called Healthy Washington – Roadmap to Recovery, and as of March 22, the entire state is in Phase 3, which allows for 50 percent capacity in most businesses. However nightclubs—classified as establishments that are 21+ and don’t serve food—are still unable to open.

Back in September, the owners launched a GoFundMe to help make ends meet while they waited to get the green light. The campaign raised over $36,000, allowing them to hang on and find a solution for reopening.

That solution? Pizza, of course.

Ballard Station owner Jesse Young has been working on his homemade pizza dough recipe, and they now serve a vegetarian and meat option along with Caesar salads.

“It is hard to believe that we have been closed for over a year now. A lot has happened (obviously) and changed for our family over this past year (we have a 1-year-old!) but the one consistent thing we have been able to count on is the incredible community of people around us,” the owners shared on Facebook.

“We are privileged to have you all in our corner and truly wouldn’t be in the position to reopen if it weren’t for you. The support we have gotten from people in all walks of our lives is inspiring and makes Kayla and myself quite emotional to think about. From friends across the country, to our family, to our Ballard community, you have come through in so many ways that a thank you doesn’t seem to do justice but, as we reopen, THANK YOU from the bottom of our hearts. We can’t wait to see you!”

Ballard Station has been a staple in central Ballard for almost a decade: It first opened in 2012 and was bought by the Youngs in 2016. It was named for the former Eastern Railroad (now the Burlington Northern) railway station, also known as the Ballard Junction.

The bar’s new hours are Thursday and Friday 5pm to midnight, Saturday 2pm to midnight, and Sunday 2pm to 8pm. Group sizes must be six or fewer, and they’re still 21+, so no kids are allowed in the bar. They’re not accepting cash, and pets are not allowed inside.