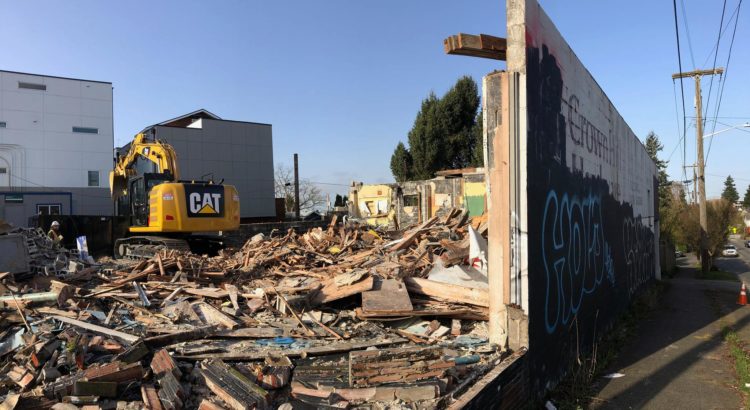 The empty Crown Hill Hardware is officially no more: Crews took the wrecking ball to the former store on Tuesday morning to make way for a new apartment building construction.

Crown Hill Hardware, which was open for over a century but closed in 2017, has remained empty since they shut their doors. The current plans for the site include a 5-story apartment building with 60 small efficiency dwelling units at 7755 15th Ave NW. Parking for two vehicles is proposed.

Ballard resident and GeekWire reporter Kurt Schlosser saw the demolition in action and shared the below photos in the My Ballard Group.

We haven’t yet seen design plans for the new apartment building, but we’ll share when we learn more.

Thanks Kurt, for the photos!