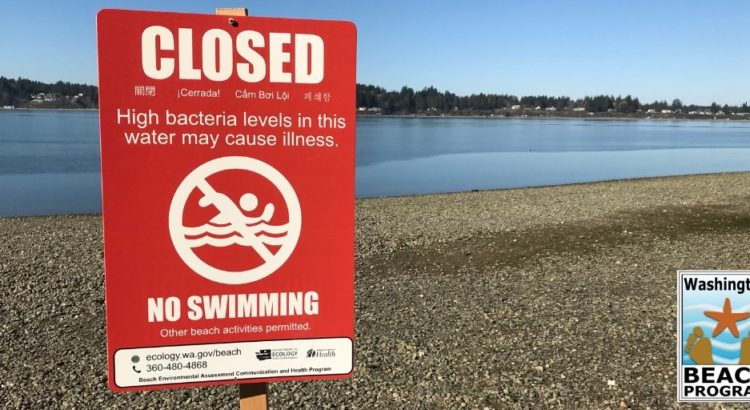 UPDATE: Golden Gardens and other Puget Sound beaches reopened on Saturday, May 1 after water quality tests confirmed that the water is safe for recreation.

Public Health Seattle & King County issued the Golden Gardens closure on Thursday after a significant spill; officials haven’t given an estimate on how much sewage made it into the Puget Sound, but it’s enough to close beaches on both sides of the waterway. Portions of Bainbridge Island and North Kitsap shoreline are also closed to water recreation, and the public is advised to avoid contact with the water in the affected area until further notice.

According to the Washington Department of Ecology, contact with fecal-contaminated waters can result in gastroenteritis, skin rashes, upper respiratory infections, and other illnesses. They note that children and the elderly may be more vulnerable to waterborne illnesses.

The spill comes mere months after a massive 11 million gallon overflow in January this year. That bypass event happened during a power outage at West Point Treatment Plant. In response, local lawmakers have approved $65 million for upgrades to the water treatment plant, which has chronic overflow events on a somewhat regular basis.

The funding should allow for upgrades to the plant, including creating a more reliable on-site power supply. According to King County, for the treatment plant to run at its peak capacity of 440 million gallons a day during peak storms, the facility requires about 10 megawatts of electricity, which is the equivalent of powering about 11,000 homes.

We’ll update you when Golden Gardens reopens for water recreation, but in the meantime, steer clear of the water.