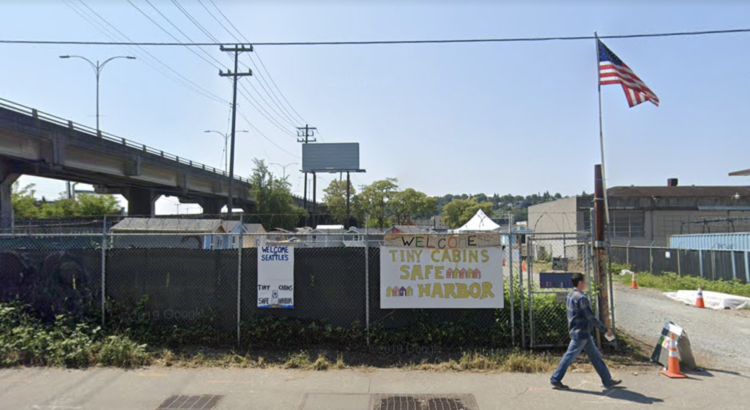 The City of Seattle will be expanding its tiny house villages this summer, building two new sites and expanding the current site in Interbay.

All three will be operated by the Low Income Housing Institute (LIHI), and will add over 100 new tiny house units to the City’s shelter system, serving up to 145 individuals. The projects were proposed and approved as part of the City’s 2021 budget, which also includes creating new enhanced shelter spaces and developing two hotel-based shelter programs.

The Seattle Human Services Department selected the sites this spring, which along with the Interbay site, will include one in the University District and another on Aurora Ave N. All sites will have onsite case management services and connections to behavioral health support and permanent housing solutions. Amenities will include access to hygiene and communal kitchens.

The Interbay Tiny Cabins Safe Harbor village (1601 15th Ave W) will provide an additional 30 new tiny house units and a new hygiene facility with showers, restrooms, and laundry. According to the HSD, the new units will be able to serve up to an additional 40 people.

The Interbay site was established in 2017 and has served 246 people thus far. HSD says 35% of those leaving went into permanent housing. The expansion is expected to begin this summer, pending Port of Seattle and City Council approval and SEPA processing. The additional homes would increase the number of units in the village to 76.

The two new tiny house villages will be at 1000 NE 45th St and 12245 Aurora Ave N. The University District site will be named Rosie’s Tiny House Village and will provide 36 new tiny house units that will serve up to 50 people. There will be a hygiene center plus a community kitchen and spaces for meeting, dining, and community gatherings. The property is being leased from Sound Transit, and will eventually be developed into a transit site.

The Aurora site will be named Friendship Heights Tiny House Village and will include 35-40 new tiny house units to serve up to 55 people. LIHI entered into a religious sponsorship with Epic Life Church and may find a second church to cosponsor the village. LIHI finalized purchasing the property just this week (June 2) and will begin developing the site later this month.

“During the pandemic, Seattle allocated unprecedented resources to address immediate impacts of the pandemic, such as creating a safer 24/7 enhanced shelter system, providing food access, and expanding hygiene resources, but we know that we must continue creating long-term investments in housing to address the scale of the crisis,” Mayor Jenny Durkan said in a statement.

“These new investments in tiny home villages are effective shelter options to end a person’s experience with homelessness and add much needed new shelter capacity to offer more individuals safer spaces who are living in our parks and sidewalks.”

Referrals to the three tiny house villages will be coordinated by the City’s HOPE Team, which will work with outreach providers to connect unsheltered people to new housing resources.