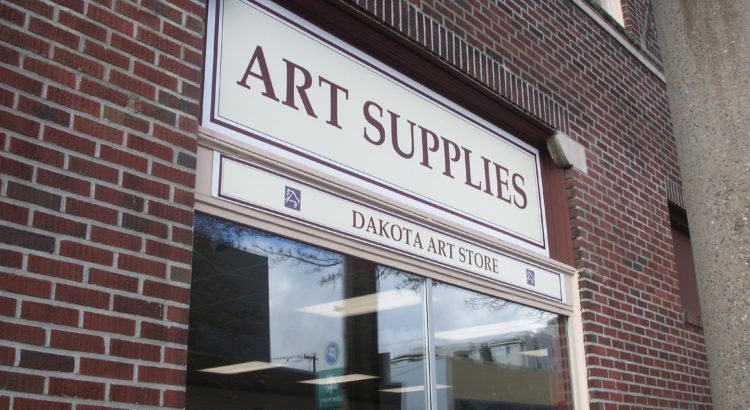 Dakota Art Store will be closing its doors for good this week after over nine years of business at the corner of 20th Ave NW and NW Market St.

Dakota Art Store first opened in Seattle in 1990 at 6110 Roosevelt Way NE in the University District. Owner Craig Lemley earned a bachelor’s degree in fine arts from Western Washington University and was inspired to open his own shop after working in an art materials store—he named the store after his home state of North Dakota.

After 22 years on Roosevelt, Lemley moved the shop to 2000 NW Market St in July 2012. Lemley has two other Dakota locations: Dakota Art Store in Bellingham opened in 1994, and Dakota Art Pastels opened in Mt. Vernon in 2010.

Robert from the Ballard Dakota Art Store told My Ballard that Lemley will be keeping the other two stores open but that he’s ready to close the chapter on his Seattle store.

“The lease ended and [Lemley] wants to retire rather than continue for another five years,” Robert from the store tells My Ballard. He says all supplies will transfer to those stores upon closing the Ballard location.

Dakota Art Store has been a staple for local artists for the past decade. The store sold materials for professional artists and art students, and has always been staffed entirely by local artists.

Scores of Ballard artists have been featured in-store as part of Dakota’s involvement in the monthly Ballard ArtWalks, and the store occasionally held artists’ workshops over the years.

Dakota’s last day in business will be this coming Sunday, July 25.