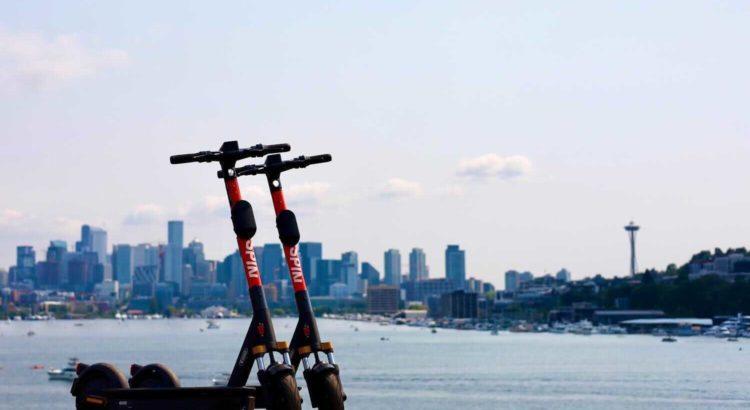 Spin, the latest scooter-share company to launch in Seattle, has discovered a substantial glitch in their software: The smart-scooter’s AI can’t tell the difference between the Burke-Gilman Trail and a city sidewalk.

One local rider—who also happens to be Geek Wire co-founder Todd Bishop—complained to Spin on Twitter after hearing constant alarm chirping while riding the Burke-Gilman Trail.

According to Spin, the issue is that the AI software has a hard time differentiating the Burke-Gilman and a regular sidewalk. When it perceives a rider has veered onto a sidewalk, the scooter begins chirping and sends out a message to the rider saying, “No sidewalk riding permitted! Please ride in the street or bike lane.”

“Hey Todd, thank you for the feedback,” Spin responded on Twitter. “We are aware of the situation on The Burke Gilman Trail. This permitted sidewalk-style roadway is very similar in appearance to the off-limits sidewalks we train Spin Insight to recognize.”

Spin officially rolled out their scooter fleet earlier this month, joining LINK, Lime, and Wheels as part of the city’s Scooter Share Program. The company started with a pilot program in White Center and has plans to grow its presence to 1,000 scooters across the city.

Spin’s sidewalk detection technology was designed by AI company Drover, and uses sensors and artificial intelligence to alert riders when they’re traveling on sidewalks. The sidewalk detection is known as Insight Level 2, which SDOT says will “encourage better parking and riding behavior.” Seattle is the first major city where Spin is deploying this technology.

Spin is also developing an algorithm to slow down devices on sidewalks and will work with SDOT as they test that feature for future implementation.

Safety has always been a major concern for Seattle officials, and the Scooter Share Program has several measures in place to help promote safe riding. Some of those measures include making sure people have access to helmets, a built-in speed limit cap of 8 mph on people’s first ride, and 15 mph after that.

SDOT chose to add Spin specifically for their sidewalk-detection technology; of the companies that applied to be the city’s fourth scooter company back in April, Spin scored the highest. Like the other scooter companies in Seattle, Spin offers discounted rides for low-income riders and has a program called Spin Access for riders without smartphones.

Spin has promised to fix the glitch that’s likely driving Burke-Gilman riders crazy: “We’re working on a customized solution that will be live in the next few days,” Spin said on Twitter.