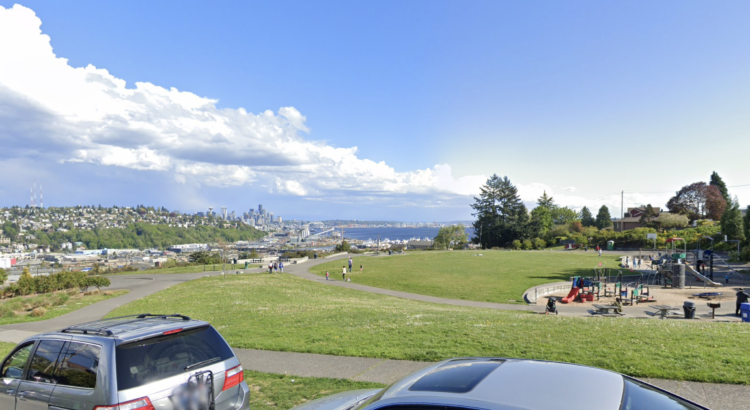 Seattle Police are investigating a shooting in Magnolia on Thursday afternoon.

According to the Seattle Police Department, a 21-year-old man was shot near Ella Bailey Park just after midday on Thursday.

Not long after, officers learned that a man with a gunshot wound to his torso had arrived at a hospital in North Seattle. A Good Samaritan had picked up the victim after he’d left the scene and taken him to the hospital.

While the man was in stable condition, Seattle Fire Department medics transferred the victim to Harborview Medical Center due to the severity of his injuries.

Seattle Police detectives are investigating the shooting and ask that anyone with information call the SPD tip line at (206) 233-5000.

The Magnolia shooting is yet another indication that gun violence in Seattle is on its way to setting a historic high; the total number of non-fatal and fatal shooting victims so far this year is now over 197. The number of overall shooting victims is up around 61% over the four-year average for Q1-Q2 between 2017 and 2020.

“While gun violence existed before the pandemic, we are seeing a nationwide increase of violent crimes across nearly every city in America including Seattle and our region,” Durkan said. “As people were coming back to enjoy Seattle’s nightlife, Seattle saw one its worst mornings of violence with four separate and unrelated incidents that escalated into gunfire. Moms lost their sons, friends lost loved ones, and five individuals were injured. And yet again, it is communities of color who are disproportionately impacted by this national epidemic.”

And just yesterday (July 29), Durkan transmitted an ordinance to Seattle City Council to lift its $7.5 million of current restrictions to SPD’s 2021 budget. The legislation also aims at reallocating funding for increased police staffing. Durkan highlighted that the ordinance would not add money to SPD; rather, it would just lift restrictions on the SPD budget.

“By working together and deeply investing in community, Seattle can lead the way in building a new model for community safety. While the City of Seattle continues to focus on creating and expanding alternatives to 911 calls and sworn officers, these community-led solutions focus on restoration efforts and important violence prevention efforts, especially as cities across the country are seeing an increase in gun violence,” Durkan said.