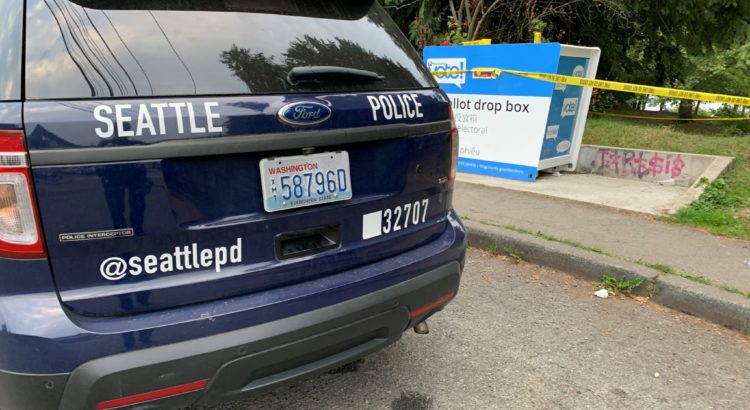 Seattle Police are investigating a homicide at Gas Works Park.

According to the SPD Blotter, people began calling 911 around 4:30 a.m. Monday morning with reports of gunfire somewhere near Gas Works Park. While officers were searching the area around the park, a park-goer called 911 to report that they had found a man dead of an apparent gunshot wound.

King5 reports that the body was found near North Northlake Way and Meridian Avenue North.

Police say homicide detectives have taken over the investigation and will work with the Medical Examiner to determine the cause of death. If you have any information about the case, you can call the Seattle Police tip line at 206-233-5000.

Seattle has had a major uptick in gun violence this year. Just three weeks ago, a man was hospitalized after a shooting in a Magnolia park. So far, the number of shots fired in Seattle is upwards of 300. The number of overall shooting victims is up around 61% over the four-year average for Q1-Q2 between 2017 and 2020.

Durkan also transmitted an ordinance to Seattle City Council to lift its $7.5 million of current restrictions to SPD’s 2021 budget. The legislation aims at reallocating funding for increased police staffing. Durkan highlighted that the ordinance would not add money to SPD; rather, it would just lift restrictions on the SPD budget.

“By working together and deeply investing in community, Seattle can lead the way in building a new model for community safety. While the City of Seattle continues to focus on creating and expanding alternatives to 911 calls and sworn officers, these community-led solutions focus on restoration efforts and important violence prevention efforts, especially as cities across the country are seeing an increase in gun violence,” Durkan said.

The Seattle Police’s crime statistics show that so far, 310 shootings/shots fired have been recorded in Seattle so far, compared to 223 this time last year. Of those 310, 70 have been non-fatal shootings, while 19 have been fatal.