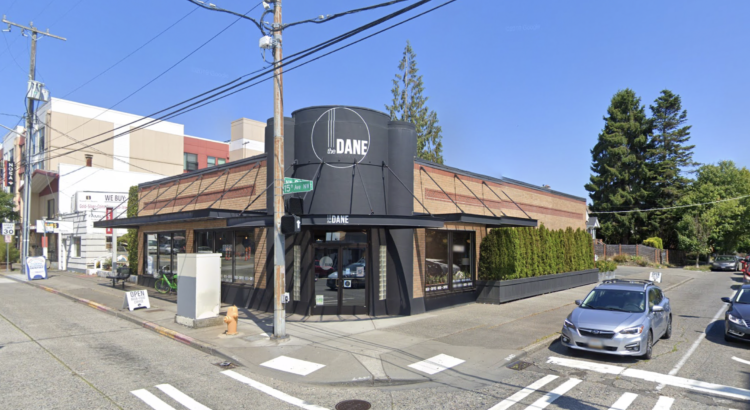 A new brewery/cidery collaboration is moving into the location formerly home to The Dane.

The new venture will be called Pour Decisions, a joint collaboration between Everett-based Crucible Brewing and Soundbite Cider. Crucible co-owner Dick Mergens tells My Ballard that the inspiration to join forces came from Bale Breaker Brewing Co. and Yonder Cider, another soon-to-open brewery/cidery in Ballard.

“Shout out to Bale Breaker and Yonder,” Mergens said in a phone interview, saying that he and Crucible co-owner Shawn Dowling and Soundbite owner Robert Fontain have a history of working together already, and the idea to bring their creations under the same roof never occurred to them until they heard about the Bale Breaker and Yonder taproom.

Crucible and Soundbite share a parking lot in Everett, and have some joint assets already—they also share a forklift, Mergens said. One of Crucible’s current employees, Andrea Friesner, is joining the two businesses in the new venture.

With the idea planted, they began looking for a new space. And when The Dane came on the market after closing in March this year, it ticked all the boxes. They’d already had their eyes on Ballard for the new taproom; the craft-friendly nature of the neighborhood was a big attraction. Plus, Crucible had some history with The Dane: They used to sell their beer on tap in the former bar and have a great relationship with The Dane’s owner, Vic.

“It’s already built out and ready to go for what want to do,” Mergens said. “So, we jumped on things a bit quicker.”

Aside from some redecorating, Pour Decisions will look much like The Dane inside—Mergens isn’t planning any major renovations—and they’re planning on taking advantage of the beer garden and food truck parking. Pour Decisions won’t be making any food in-house, but Mergens said he hopes to have a food truck outside every night of the week.

The taproom will maintain the 31 taps; most will be occupied by beer and cider from Crucible and Soundbite, but Mergens said they’ll keep a rotating selection of guest beers. They’ll also have three wines on tap, and are partnering with Patterson Cellars to provide the draft wine options.

Pour Decisions will open “sometime in October,” if all goes as planned. Once open, their hours will be noon to 10 p.m., seven days a week. Dogs will be allowed, but no kids—yet.

The current tavern license restricts entry to those 21 and over, but Mergens said he’s hoping to change that by adding small-batch production to the premises. Due to state and federal liquor license rules, a tavern can’t allow under-21s unless there’s some production on-site (in which case it can qualify for a microbrewery license instead).