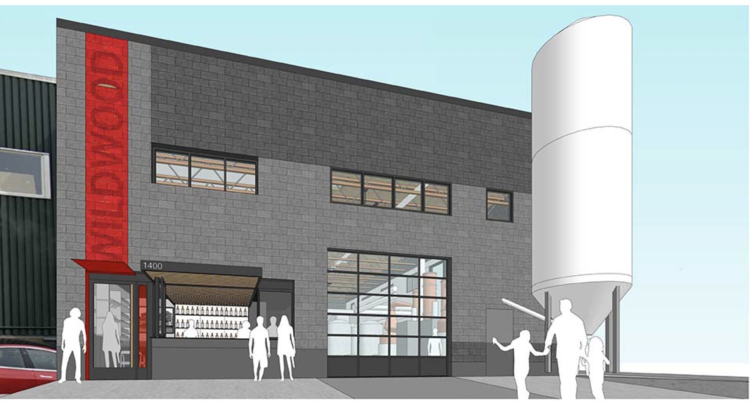 Ballard will soon be home to another local distillery: Wildwood Spirits Co. will be opening their second location in the neighborhood early next year.

Owners Zoey and Erik Liedholm have lived in Ballard for over a decade and currently operate Wildwood Spirits distillery and tasting room in Bothell. They’ve just signed a lease to bring a second Wildwood location to the corner of NW 53rd St and 14th Ave NW, and are aiming to open in March 2022.

The Liedholms opened the first location in Bothell in 2015, with the goal of creating a “farm-to-bottle” craft distillery, focusing on local ingredients. Erik, Wildwood’s head distiller, has a strong background in food and wine; he is an advanced sommelier and earned a Master Distilling Certificate from the Institute of Brewing and Distilling in London. Zoey’s background is in theater and clothing design; she manages designing their labels and other visual materials.

The Liedholms tell My Ballard that they use local ingredients whenever possible: Their distilled grains are from Washington farms, and the apples and Douglas fir for the gin come from the Liedholm’s backyard in Ballard.

Wildwood is rooted in Swedish heritage, paying homage to Erik’s cultural background. Many of their spirits’ names are Swedish words, and the name of the distillery is named after the street Erik grew up on in East Lansing, Michigan. The house on the logo is Erik’s childhood home.

Wildwood’s spirits started with their Stark Vatten Vodka and Kur Gin, but have since added a Washington bourbon called The Dark Door, an Irish-style whiskey named The Professor, and a non-alcoholic gin named Ginnocence. Other creations include the Solgud Orange and Fennel Liquer and Arände Grappa.

When the Ballard distillery is up and running, all of their brown spirit production will be shifted here, and all their clear spirits will be continue to be made in the Bothell location.

The new distillery will feature a tasting room, custom copper stills, and a French barrel storage system—the first of its kind in Washington—that will allow Wildwood to store 700 barrels on site. Wildwood also sells their spirits at stores and restaurants around Seattle and online.