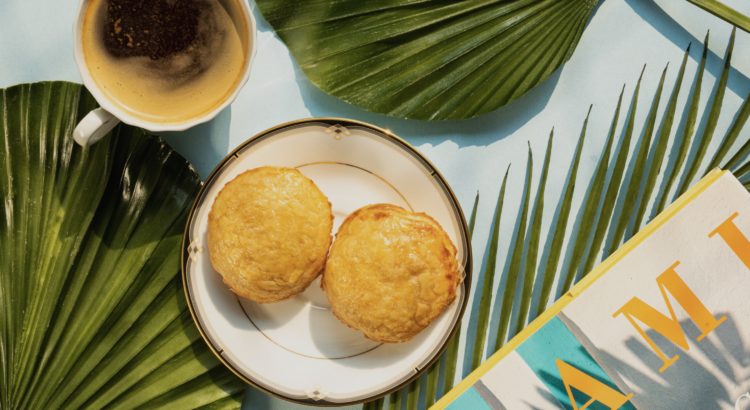 A Miami-inspired coffee bar has opened its doors in Ballard at5410 22nd Ave NW.

It’s called Papa Changó, owned by Ballardite Sergio García, who is channeling his Miami upbringing into his new venture in cafe ownership.

The cafe isinside the clothing and home goods store September. “It’s finally happening. @sirgeohumberto has been talking about creating a Miami-inspired coffee bar here in our side room for maybe the last 2 years and it officially opened for business on Monday!,” the owners of September wrote on Instagram. “We’re so excited for Sergio and are SO happy to have this vibrant coffee shop happening literally right next door.”

Papa Changó opened one week ago and has been selling out of their Latin American and Caribbean pastries—including the Pastelito de Guayaba y Queso, a guava and cream cheese-filled pastry with a flakey crust—every single day.

“Although we sold out AGAIN, today was the first day we were able to stay open until our intended closing time of 2pm,”García wrote on the cafe’s Instagram account. He’d been planning on being open daily, but has adjusted his hours to Thursday to Sunday from 7 a.m. to 2 p.m.

Alongside the guava and cream cheese pastry is a Pastelito de Carne with ground beef, olives, and raisins; Scones de Papaya with guava butter, and Semitas, which are sweet bread cookies. They also serve espresso and iced horchata.

“Thank you Seattle, and all you Miami peeps, for showing up and waiting 30+ minutes in line for some coffee and pastelitos. You guys are the real MVPs! Thank you for understanding and being patient while we attempted to adjust to the demand.”