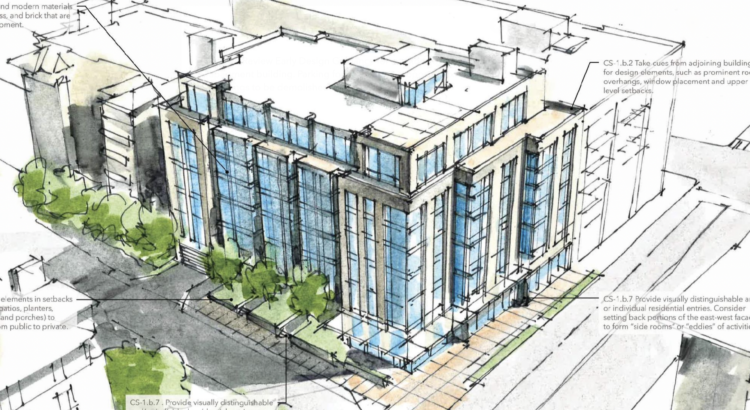 The plans for a new 7-story apartment building on the corner of NW 57th St and 20th Ave NW have been updated, with a few less apartment units and less parking.

The Seattle Department of Construction and Inspections (SDCI) has conditionally approved the project, with requirements including further defined design improvements for the retail entrances on the ground floor, and seating at the corner retail entry plaza.

Other requirements include enhanced privacy between units and the sidewalk by including perforated metal panel screening, patio gates, signage at the unit entries, and lighting on both the exterior and concrete planting walls at the sidewalk.

The developer is Saratoga Capital, Inc. and the architect is GGLO Design. You can check out their design proposal packet on Seattle in Progress.