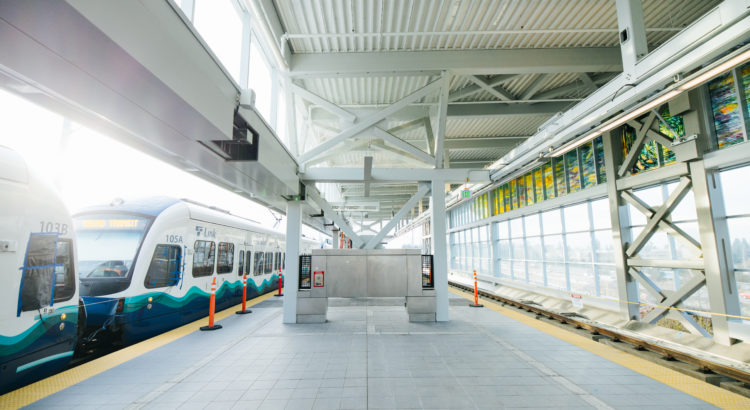 The Northgate Station is located at Northgate Mall, the Roosevelt Station is on N 65th St at 12th Ave NE, and the University District is just south of NE 45th St on Brooklyn Ave NE. For more details, you can see the full project map online.

The Northgate extension has been in the works for over a decade; voters approved the project as part of a 2008 Sound Transit 2 ballot measure. Construction began in 2012 after six years of planning, and tunneling for the twin tunnels extension began in 2014.

Sound Transit says the opening of the Northgate extension “heralds the start of an unprecedented period of transit expansion in the region.” Sound Transit plans to triple the light rail network in the next few years, bringing it from 22 miles to 62 miles and service to Tacoma expected in 2022.

Meanwhile, Ballard and West Seattle’s light rail expansion is on the docket for 2039.

“This is a historic day and the start of three years that will transform how people get around our region,” said Sound Transit Board Chair and University Place Council Member Kent Keel in a statement. “Northgate Link will let thousands of riders get to their destinations on time without sitting in horrendous traffic. We are able to celebrate this milestone thanks to support from Federal Transit Administration, our congressional delegation and the regional voters who approved building a world-class transit system for our growing communities.”

According to Sound Transit, the project’s $1.9 billion baseline budget includes a $615 million credit agreement under the Transportation Infrastructure Finance and Innovation Act (TIFIA), which provided significant long-term savings for regional taxpayers through reduced borrowing costs.  Sound Transit says the project came in at about $50 million under budget.