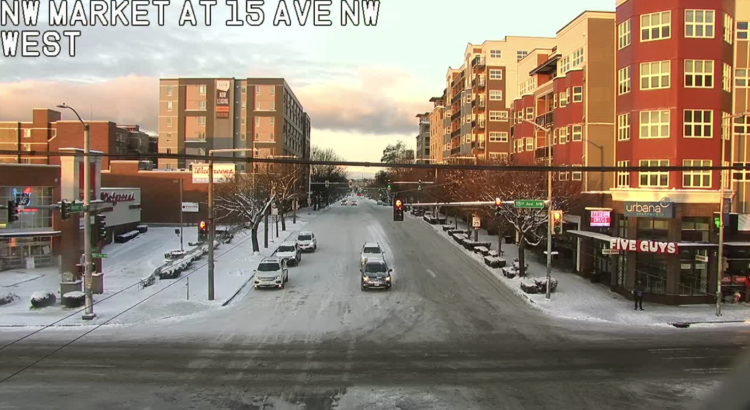 Sunday’s snowfall has created some delays for King County Metro today, with reduced services throughout the region.

Metro is operating on its Emergency Snow Network, reducing service to about 60 core routes. The snow routes were enacted yesterday when about two to five inches of snow fell in the Puget Sound region.

The City has delayed residential and commercial garbage, recycling, and food/yard waste pick up today but plan to resume on Tuesday, weather permitting.

The following buses will be running during the Emergency Snow Network starting Monday, Dec. 27 and until further notice:

* Route 4 between Queen Anne/Seattle Center and Downtown Seattle; Route 271 between Eastgate and UW only

“Road conditions continue to be a challenge across the system, and our staff is working around the clock to retrieve and chain buses,”King County Metro General Manager Terry White said in a statement. “With several days of freezing temperatures in the forecast, transit customers should prepare for reduced service levels until road conditions improve.”

Metro says that customers in outlying areas and neighborhoods should prepare for reduced or temporarily unavailable bus service for several days due to the continued cold weather.

If you want to check out how the roads are looking around the neighborhood, visit My Ballard’s traffic camera page.