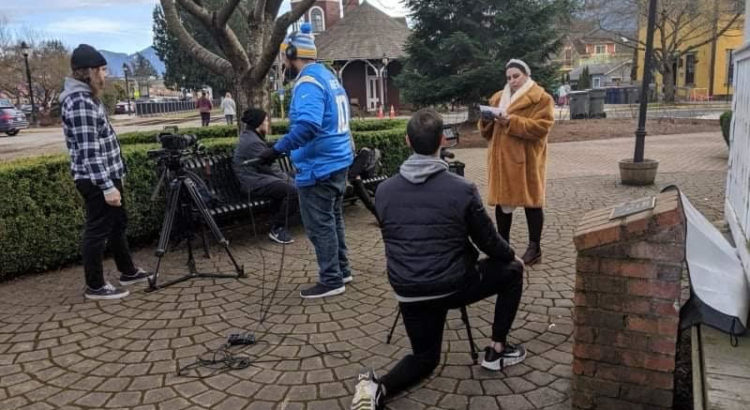 A locally filmed movie, The Woman, is coming to theaters and streaming platforms next month.

Rose Kreider directed, wrote, and produced The Woman, which is a Seattle-based mystery thriller that will premier on March 13.

The Woman tells the story of Noah, a University of Washington student, who was kidnapped at eight months old and didn’t know it until an encounter with his adopted mother. He then has to make the hard decision on whether he wants to continue with what he knows as his family or dive into uncertainty.

“I actually had a dream about the film itself and then woke up in the middle of the night and wrote down pretty much the baseline of the film. I then tweaked and added some things, and later on, created the screenplay for it,” Kreider told My Ballard.

The film based in King County has footage in the Husky Union Building (HUB) at UW, Blue Saucer Cafe in the Maple Valley area, and Golden Gardens beach.

“I chose Golden Gardens specifically because I grew up going to Golden Gardens beach, and I have a soft spot for it. So when we needed a beach shot, I knew exactly where we needed to go,”  Kreider said.

The movie will premiere at Edmonds Theater on March 13 in an invite-only event and online on YouTube and Amazon Prime on the same day.

“I chose Edmonds because that’s where I had a premiere for a movie I was in as an actress, and it’s perfect,” Kreider said.