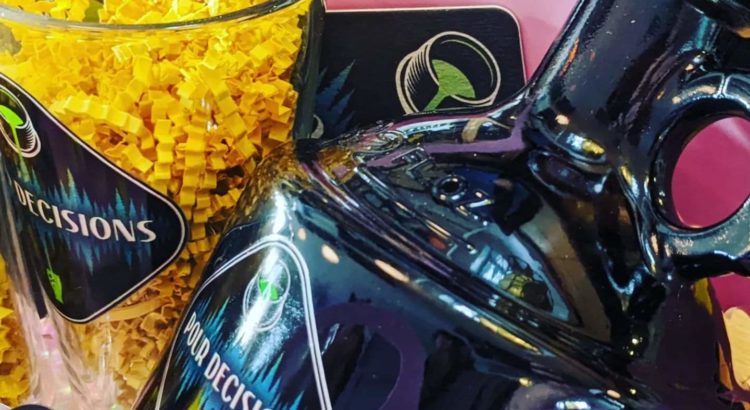 The event was intended to raise awareness for the large and growing role of women in the beer industry, as well as to raise funds to support the educational and career opportunities the PBS provides.

Every year, PBS members and chapters join teams led by participating local breweries, homebrewers, and clubs. This year, Pour Decisions had the opportunity to be one of these breweries. These teams each brew a beer of their chosen style and twist. They then get to showcase their brews at the event.

Gift baskets were raffled off at the takeover, with each basket containing Pink Boots swag. A portion of the event’s proceeds went to Seattle’s own Pink Boots chapter.

Andrea Friesner, co-owner of Pour Decisions, says the event made for the brewery’s most successful Tuesday since they opened and their most successful brewers night thus far.

“I’ve always enjoyed attending the many Pink Boots events over the years and this year I had the opportunity of hosting a tap takeover of my own. As a new owner, I was also excited to introduce my new business venture to my fellow Pink Boots Society members,” says Friesner.

When asked if Pour Decisions would host another Pink Boots, Freisner replied with a resounding “absolutely”.