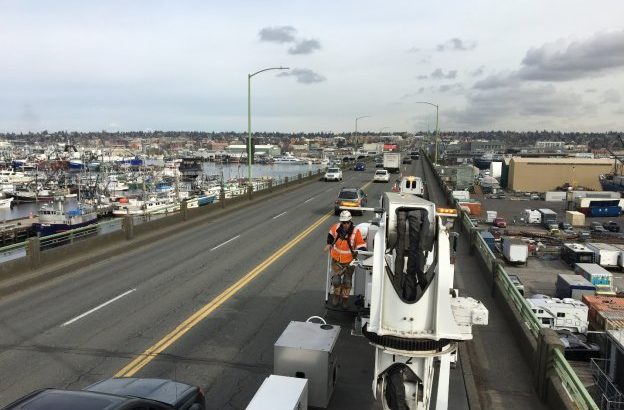 There will be routine maintenance this week on the Ballard Bridge which will have some traffic impacts.

The work is scheduled for Wednesday, April 13 and Thursday, April 14. SDOT says the crews will be conducting an under-bridge inspection using a truck with a large movable arm and work platform, which allows the inspection team to get under the bridge deck.

The work this week will happen from 9 a.m. to 3 p.m to avoid rush hour traffic, and will have the following impacts:

The work comes just a week after the Ballard Bridge was closed for over an hour during the evening commute, which ensnarled traffic around Ballard, Fremont, and Queen Anne for several hours last Thursday.

SDOT is still investigating the underlying cause of last week’s incident but says one possibility is that an object became caught in the moving parts of the bridge, and then dislodged on its own when the crews raised and lowered the bridge.