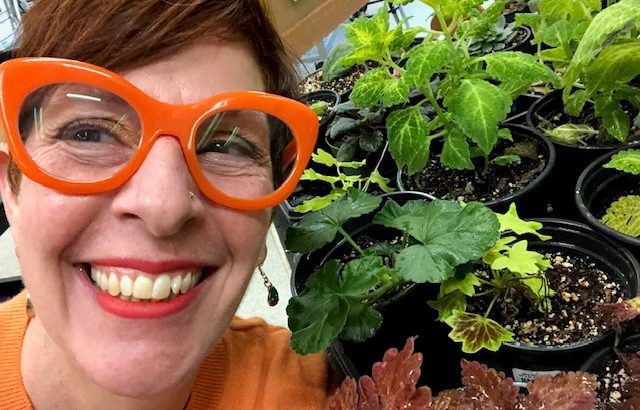 The Garden Club of America has selected BHS teacher India Carlson for the prestigious Hull Award, given to outstanding teachers who further the early environmental education of children.

Carlson has worked as a botany and environmental horticulture teacher for 15 years, a career she says is challenging and yet she loves it.

“I have a job that lets me bring the environment into the classroom through the greenhouse and the school garden in a way that is really satisfying and positive to students,” Carlson told My Ballard.

“I want students to feel empowered and positive about the impact they can have on the environment as well as educate them on the challenges that exist. It is a challenging balance to achieve.”

Carlson loves seeing students excited to grow plants and learn how they work. Students even send her pictures of their own plants after they graduate high school; a testament to her teaching prowess.

This award came as an honest shock to Carlson, mainly because what she does is fairly unique.

“What I teach is so unusual that it rarely gets attention and to be honored nationally for what I do feels amazing and satisfying,” Carlson admitted. Her work hasn’t been without strife, however.

“Last year was a really difficult year for me because my class is so hands-on and translating that to the online environment was challenging,” Carlson said. ”But, I persevered and some of that work led to this award.”

Regardless of this shock, receiving awards is something Carlson isn’t a stranger to. Years ago, Ballard High School’s PTSA awarded her the Golden Apple Award and in 2016 she received the Fulbright Distinguished Teacher Award.

Lately, Carlson has been working on the high school garden to have more edible plantings as well as completing a pollinator pathway garden dedicated to supporting native pollinators (bees, flies, butterflies, etc.).

Ballard High School is also collaborating with local high schools and the Seattle Farmer’s Market Association through a grant to improve culturally appropriate food access throughout the city and connect high school students to Seattle markets.

Carlson could not have received her award without a nomination from the Seattle Garden Club; a chapter of The Garden Club of America.