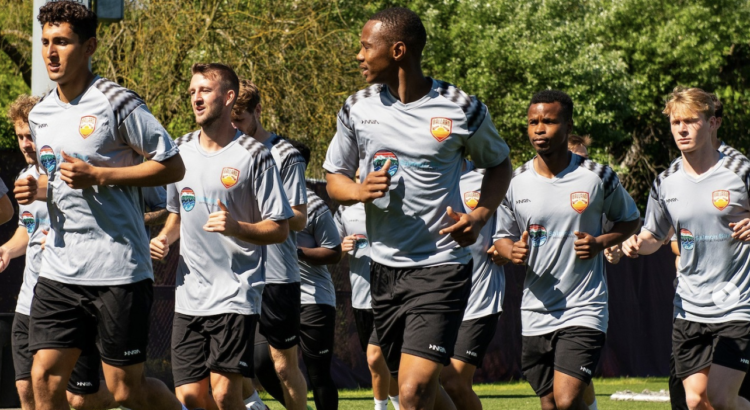 All home games will be played in the Interbay Stadium; the season starts May 21 and will go through July 17. Several home games have sold out, but you can still buy tickets for some of the matches here.

According to a news release from Ballard FC, a majority of the players have Seattle roots. “This speaks to both the quality of youth and college soccer in the region and the Ballard FC coaching staff’s connections to the Pacific Northwest.”

If you have tickets to the sold-out first game, you can catch a ride to the event from Reuben’s Brews, which is a sponsor of the team. Tickets for the Ballard FC bus cost $10 and will load at 4:45 p.m. at Reuben’s, with a return time of 8 p.m.