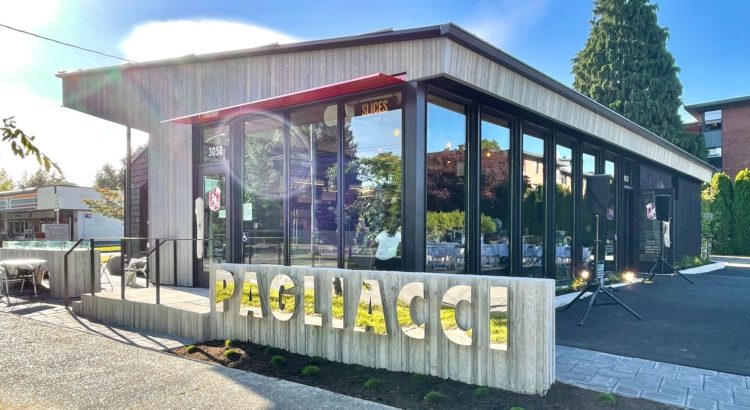 Pagliacci Pizza has just opened its doors across the street from the Ballard Locks in the former Totem House and Red Mill location.

The newest location is called Šilšul, named for the Šilšulabš, a band of Duwamish People and the original inhabitants of the area.

Pagliacci co-owner Matt Galvin said that during the build-out, they worked with Matthew Hayashi, Sarah Ballew and, Owen Oliver from Headwater People, a consulting group, “to better understand the building, its history, and sensitive topics related to remodeling the space.”

Pagliacci made significant changes to the 1945 building that housed both Totem House and Red Mill. They maintained what they could: The original logs that were built into the frame of the building are still in place and are visible from the inside of the new restaurant.

The totem pole carvings—created by Northwest Coast artist Jimmy John—have also been preserved and are featured at the front of the building.

To celebrate the opening of their 25th location in Ballard, Pagliacci will be giving away free pizza slices (two per customer) at all their locations on Saturday, June 25 from 11 a.m. to 3 p.m.