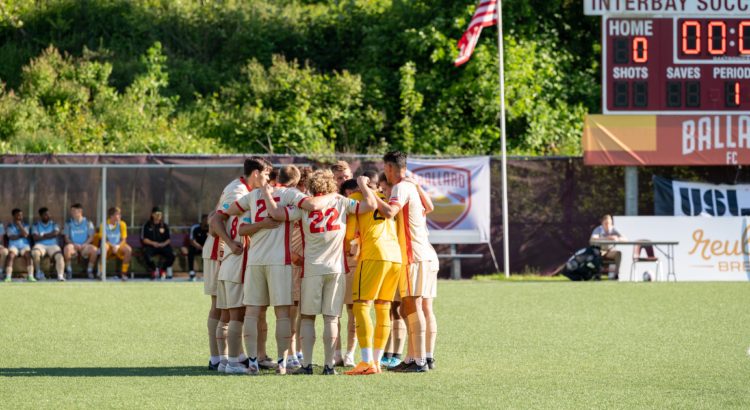 The local semi-professional soccer team, Ballard FC, has earned a spot in the national playoffs.

Ballard FC kicked off its first season this spring with massive support from the community, selling out their season tickets before the first game. They’ve just had a massively successful inaugural season and are headed to the USL League Two playoffs.

Ballard FC co-founder and general manager Sam Zisette told My Ballard that they’re “incredibly happy with having a successful season thus far both on and off the field.

“While we still have a few important games to go before playoffs, it’s been amazing to see this group of players come together and give their all for the club and fans,” he said.

The playoff schedule hasn’t been finalized, but Zisette said they’re hopeful they can host a few games at their home stadium in Interbay.

“Playoffs will be an incredible opportunity for us in our first season to compete with top teams around the country and see if we can bring a championship back to Ballard,” Zisette said.