Night Out block parties coming to Ballard on Aug. 2 – My Ballard Skip to main content 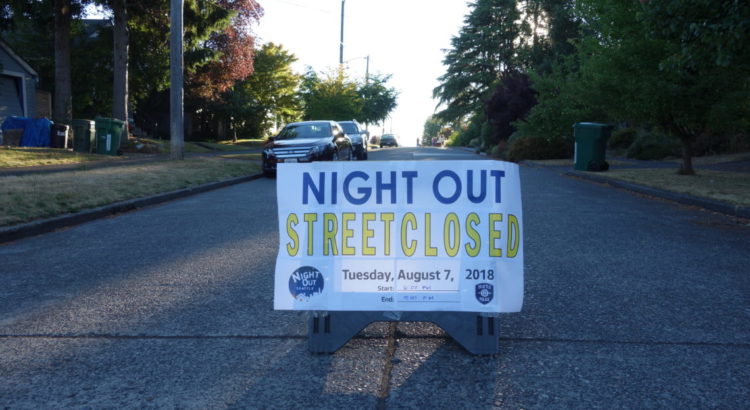 The Night Out event is back this year in Seattle, with block parties planned all over the city including Ballard on Tuesday, Aug. 2.

Night Out is a national event promoted by Seattle Police Department Crime Prevention. The City says it’s designed to “heighten crime prevention awareness, increase neighborhood support in anti-crime efforts, and unite our communities,” and is held on the first Tuesday night in August.

Keep an eye out for blocked-off streets around Ballard on Tuesday, with most parties taking place between 6 and 9 p.m.

The East Ballard Community Association will be hosting a gathering at Gemenskap Park on 14th Ave NW and NW 60th St starting at 6 p.m.