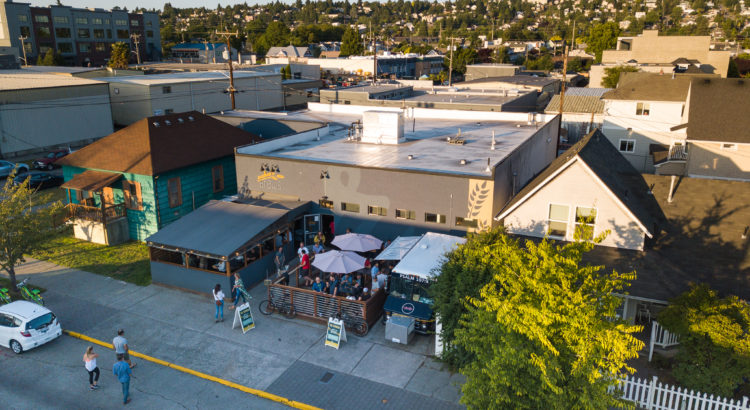 One of Ballard’s first microbreweries is getting ready to celebrate its 10th anniversary this weekend.

Adam and Grace Robbings opened Reuben’s Brews in August 2012 in a small warehouse on 1406 53rd Street NW. In 2015, they opened the Taproom just down the street at 5010 14th Ave NW, and expanded yet again in 2018, opening a brand new, much larger production facility at 4700 9th Ave NW. The production facility now includes a tasting room called The Canning Line. Another recent addition is The Barrel House, at 1133 NW 51st St.

Reuben’s has been honoring their 10th anniversary all year, having launched a collaboration series to recognize the other breweries that helped them along the way.

This weekend’s celebration is going to be the big one, with a block party planned for NW 51st St on Saturday, Aug. 6 between 14th Ave NW and 11th Ave NW.

Four bands will be performing throughout the day starting at noon, and several food trucks will be on-site throughout the afternoon and evening. Reuben’s will be serving all 10 beers from their anniversary collaboration series.

“Looking back, 2012 feels like both a lifetime ago and just yesterday,” Adam Robbings said in a press release about the event. “So much has changed in Ballard and at Reuben’s over the past 10 years and we couldn’t have imagined where we would be at this point in our journey. We have so much gratitude for all of the support we’ve received since our opening weekend and we’re tremendously excited for the next 10 years.”