Reuben’s Brews to reopen the Brewtap location with new name: The Canning Line – My Ballard Skip to main content 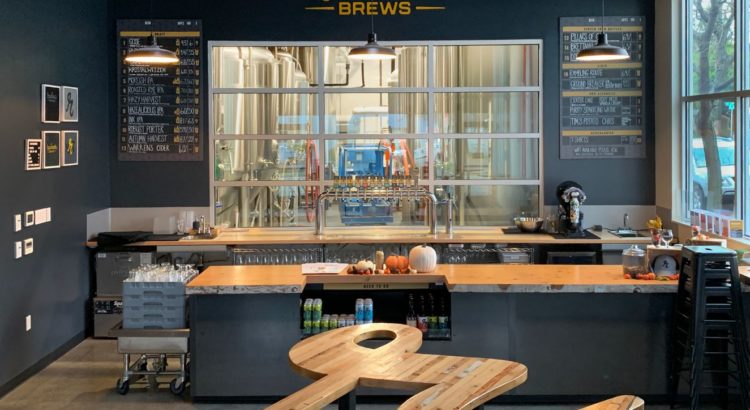 About a year before the pandemic started, Reuben’s Brews opened a new tasting room in their large brewing facility just off Leary Ave NW at 800 NW 46th St. The Brewtap has remained closed for over 15 months, but now, Reuben’s will be reopening it to the public with a new name.

The Canning Line will be a bit different: Reuben’s will offer a “unique guided experience to our award-winning beers within view of our packaging hall and canning line,” owners Grace and Adam Robbings wrote in a newsletter.

“Through twelve draft lines and a breadth of can and bottle options, we’ll be pouring through the best of what we brew, including limited cellar offerings from our barrel-aged and wild/sour programs,” the Robbings wrote. “Our team is always available for a conversation about the beer being poured, or anything else you’d like to know about the brewing process or what’s happening at the brewery, and we encourage you to ask questions.”

Another recent addition to Reuben’s locations is The Barrel House, which opened in April. The Barrel House (below) is located at 1133 NW 51st St, just a few doors away from their Taproom on 14th Ave NW. The location is where they brew their wild and sour ales. Reuben’s sells both a selection of canned beers and bottle pours from their cellar of barrel-aged and wild beers.

Also new this year for Reuben’s is an upgraded patio area for their Taproom location (5010 14th Ave NW). The fully enclosed patio is 3,000 square feet with additional seating and a stage for live entertainment. The brewery also started shipping its beers further afield in March: Reuben’s has begun selling their signature beers in the U.K. (Adam Robbings’ home turf) and in Colorado.

The Canning Line will be open for both reservations and walk-ins from Thursday through Sunday, 3 p.m. to 9 p.m. Reuben’s other locations The Taproom and The Barrel House are also open for business; The Taproom is open 11 a.m. to 10 p.m. daily and is walk-up only, with a waiting list system in place until they can open up to 100% occupancy. The Barrel House offers both walk-up and reservations from Thursday to Sunday, 3 p.m. to 9 p.m.