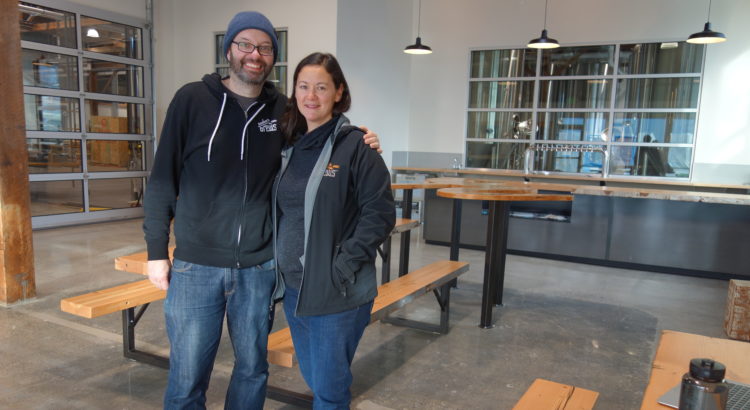 Six years ago, just before starting their first Reuben’s Brews location in a small warehouse on NW 53rd St, Adam and Grace Robbings spent two sleepless nights worrying about the risks of opening a brewery east of 15th Ave NW.

“We were the only brewery there, north of Leary. We worried that 15th would be like a fence, that no one would come over,” Adam says, sitting in what will soon become the tasting room of Reuben’s new 11,000 sq. ft. brewery just off Leary on NW 46th St. 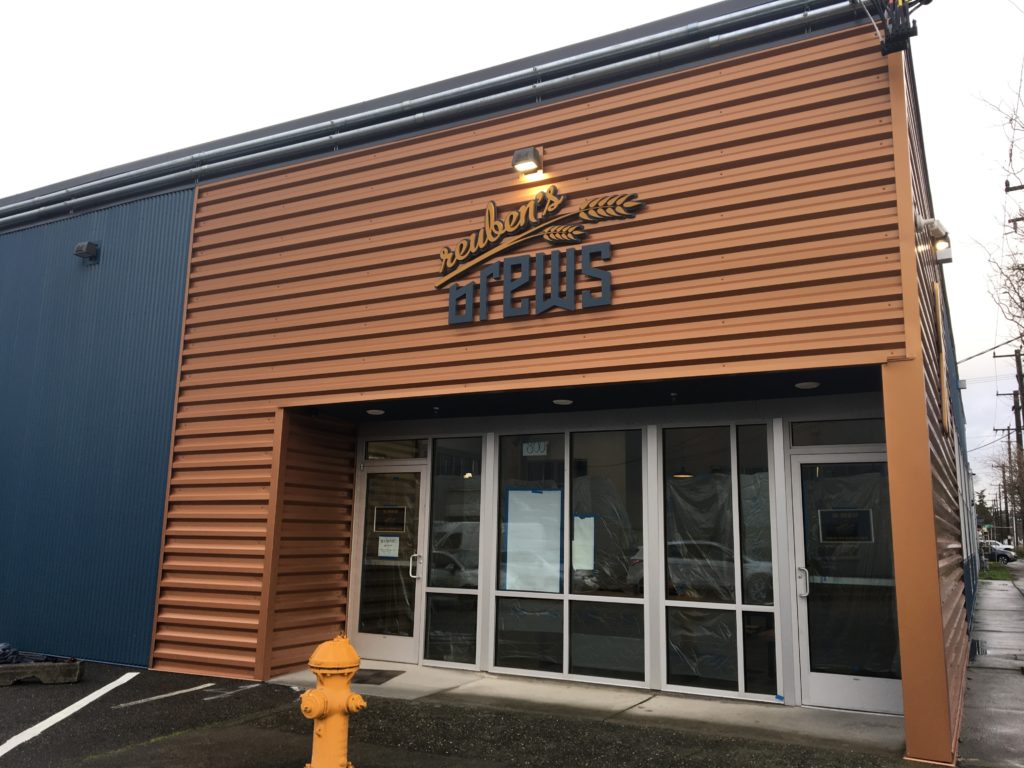 Looking back, 15th was luckily not a fence, and what’s followed in subsequent years has been a transformation of the neighborhood that the Robbings chose for the launch of Reuben’s. It’s now the epicenter of Ballard’s brewery scene, with yet another brewery, Fair Isle, opening this summer in the area.

Reuben’s new space will help them streamline their production, Adam says. For the past several years, they’ve needed to use four different spaces to make just one beer.

“It was creating a lot of extra work,” Grace says. Their new brewery now allows their brewing team to do all those steps under one roof. Reuben’s most popular beers — Crikey IPA and their new Hazealicious, for example — will be brewed in the new location so they can increase their output and fulfill current distribution requests. 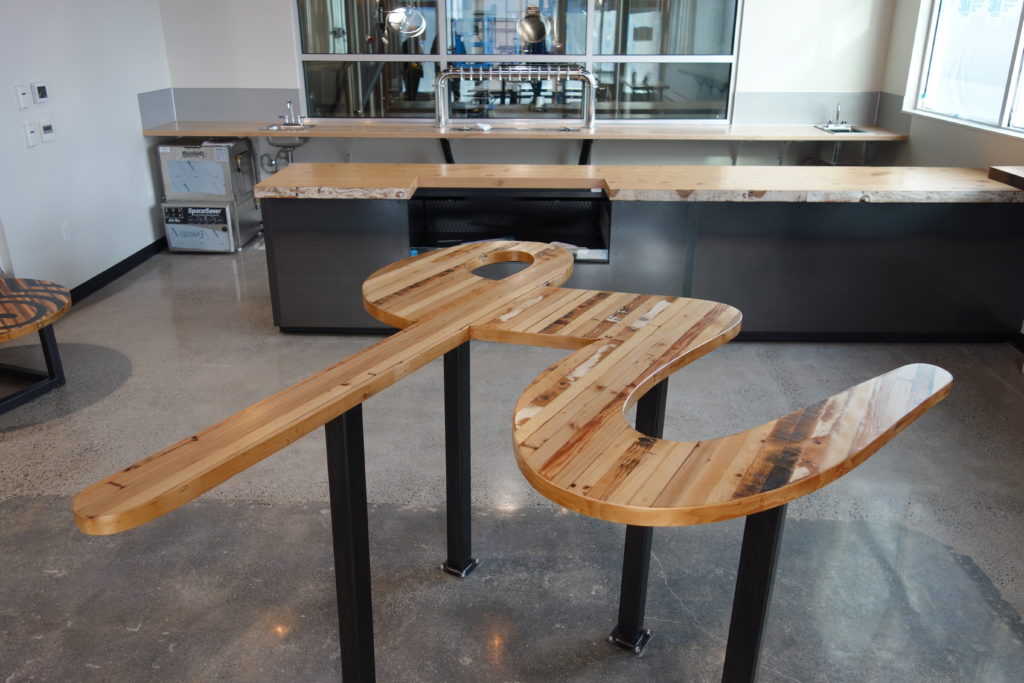 “Beer needs to be fresh to be good,” Adam says, which is why they won’t sell to anyone outside the Pacific Northwest. They currently distribute all over Washington, and to some stores in Portland and Idaho.

Because some of their more popular beers will be brewed in the new space, it frees up tanks in both their current taproom and brewery on 14th Ave NW for “fun, one-off batches,” Grace says.

“That’s why we got into this,” she says, adding that the small batches are where the creativity and excitement lies.

The new brewery will have a tasting room that’s slightly larger than the taproom on 14th. It’s in the corner of the building, at the intersection of 8th Ave NW and NW 46th St. Named the Brewtap and set to open in March, the tasting room will be a focus on production and brewing — all 12 beers on tap will be brewed on location.

“We want people to see what we’re up to — we don’t want to seem like the brewing is behind closed doors,” Grace says. 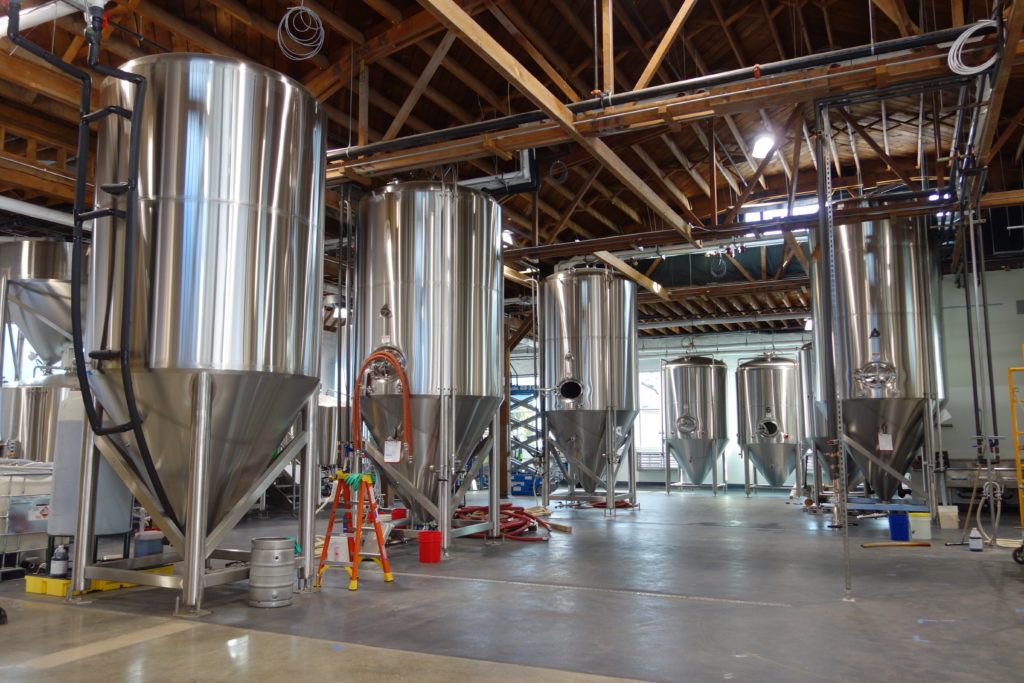 The tasting room is filled with large slab tables, which is leftover timber from their renovation. “It’s all made from this building,” Adam says, even the “R” table in the center of the room.

Reuben’s is named after the Robbings’ son, Reuben. Reuben was just three when they launched — he’s now 9, and is an older brother. Their other son Warren, soon to be four, is now old enough to feel a bit jealous that his older brother has a whole brewery named for him. So, Adam and Grace are giving him some recognition, too.

“We’re going to do some cider for him,” Adam says. “It will be called Warren’s Cider, and we’re releasing it next week.”

The Robbings say they’ll host a grand opening at the new tasting room on March 2 — follow their Facebook page for event details.

Thanks Reubens, looking forward to the new space.

That’s just two blocks from my house. Might have to check it out.

Which RV are you in?

LOL, There is nothing like that in that area. Mostly just warehouses, RVs, and 800 sq ft houses.

Looking forward to checking out the new space, and the new Hazealicious which this is the first I’ve heard of. I love Reuben’s but we rarely go these days because it’s always busy and not too exciting for the kids. If the new taproom has a good kids area I might be there pretty often…

I wish I still drank but I struggle with my weight and I quit because of the calories.