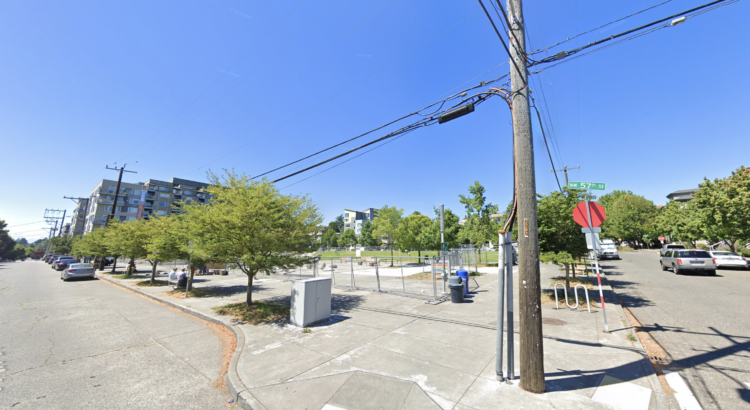 Ballard Commons Park remains closed as the City works out some details around playground construction and improvements to the green space.

Why is Ballard Commons Park closed?

Seattle Parks and Recreation closed the park in December 2021. The department said it would be shut for six months to a year to rehabilitate the park and build a new playground. Now, nine months in, Seattle Parks says it still doesn’t have a definitive timeline for reopening.

“Seattle Parks and Recreation has been working hard to restore Ballard Commons and reopen it for public use,” Parks spokesperson Rachel Schulkin told My Ballard in an email. “City departments, and non-governmental agencies surrounding the Ballard Commons campus, are working together to ensure the park can be opened in a way that is safe, inclusive and fun for visitors and neighbors alike.”

During the closure, City Councilmember Dan Strauss has been facilitating a work group “focused on activation efforts” along 22nd Avenue in downtown Ballard, “including coordinating upgrades to the Ballard Commons Park prior to re-opening,” he wrote in his most recent newsletter.

Some of the changes coming to the park include a new children’s playground, new benches, and lights.

“I have been working hard to reopen the park as soon as possible with a ‘grand re-opening’ of the park along with wider changes along 22nd Avenue,” Strauss wrote.

“Currently, the timeline for reopening Ballard Commons is still in-process, as it will partially depend on several variables including the children’s playground construction schedule, the community activity calendar, completion of final improvements from the park’s department, and the grand re-opening planning. All of this work is currently occurring, and we are working as fast as we can to reopen the park as soon as possible,” he said.

“As I told KING 5 News, I want to get this park reopened as soon as possible. A key part of that is how we get all the partners to the table. That’s what we’re working on right now, and it’s happening on a weekly basis.”