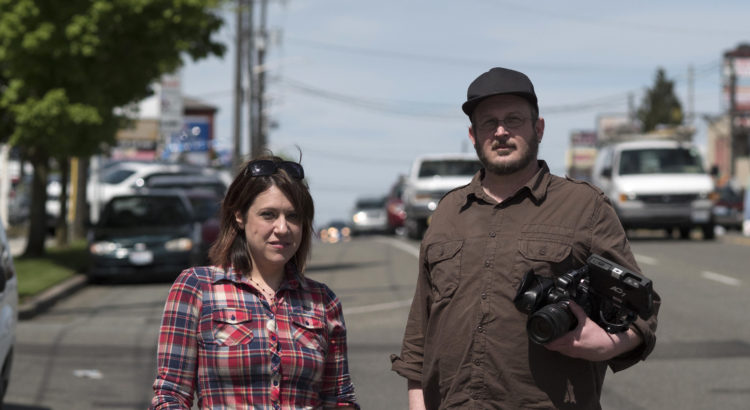 A Ballard filmmaker is getting ready to release her directorial debut Sweetheart Deal, which tells the stories of sex workers on Aurora Ave.

Elisa Levine co-directed Sweetheart Deal with Gabriel Miller, a project that started back in 2011. It’s now making its film festival tour, soon to screen at BendFilm Festival in Bend, Oregon (Oct 7-8), and at Doctober Festival in Bellingham at the end of October. BendFilm will provide a virtual viewing option for residents of Oregon and Washington.

Levine tells My Ballard she’s been fascinated with documentaries since seeing Streetwise in college years ago, which tells the story of street kids living in Seattle. Before working on Sweetheart Deal, Levine worked on other films, including Robinson Devor’s film ZOO (2007) about the infamous Enumclaw horse case, and another called WAITING FOR NESARA.

Levine and Miller collaborated as co-directors on Sweetheart Deal until Miller passed away in 2019. After filming for almost a decade, the film follows four sex workers who work on Aurora Ave.

“The film originally began as Aurora Stories,” Levine says. “I was exploring Aurora Avenue, which I have always felt has kind of an otherworldly sinister vibe. It has ghosts. Aurora seems to pull people back again and again against their will. I wanted to find out what was going on below the surface, out of plain sight.”

Levine says things on Aurora have changed since she started filming. While there was still plenty going on in 2011, she says there were significantly fewer women working on the streets. What originally inspired her was a chance encounter one day with a man who lived in his RV by the St Vincent De Paul and described himself as the “Mayor of Aurora.”

“One day while walking on Aurora, I met an older Willie Nelson-ish looking guy who was outside working on his RV generator,” Levine recalled. “He was open and friendly, and told me he was the ‘Mayor of Aurora’ – the guy who knew everyone and everything there was to know about the beat of the street.”

The man told Levine that his mission was to “help the women on the street get off heroin in a judgement-free atmosphere, if and when they were ready.”

“That was the beginning,” Levine says. “Over time, we got to know the people who stopped by and began filming inside the world of this tiny RV.”

Levine was living in Ballard while working on the film. She says it was “surreal to see the vastly different lives people were living mere blocks away from one another.

“I’ve learned many things from the experience, one is the importance of connection and having at least one person in our lives who values us unconditionally,” she says.

“The last few years with Covid have been a sharp reminder of how important this is, when many more restrictions were put on everyone, it was very isolating. The streets are a very lonely place to be, particularly while deep in an active addiction. It’s a breeding ground for predators, but sometimes you get to see genuine relationships form in the harshest of circumstances.”

To watch the film online between Oct. 10-23, buy tickets here.