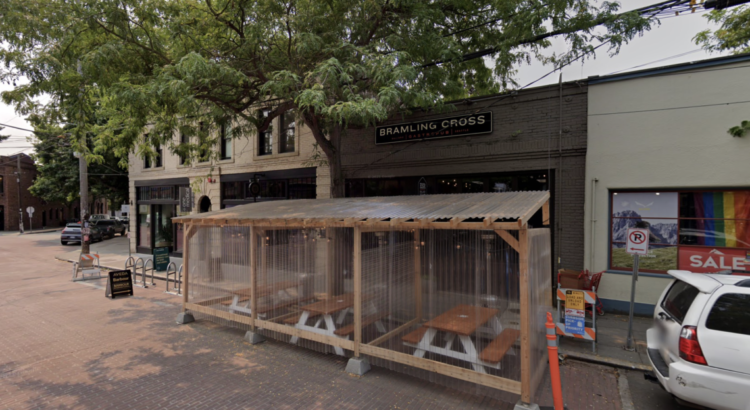 Seattle-based Pike Brewing is opening a taproom in Ballard in early December.

The Pike Taproom Ballard will be taking over the former Bramling Cross space at 5205 Ballard Ave NW.

A spokesperson from Pike tells My Ballard that it will be a casual burger-and-beer bar. Ethan Stowell, the consulting chef for Pike Brewing, will be designing the menu at the taproom. There will be burgers, wings, salads, and Pike’s famous pretzel.

The bar will have a rotating tap featuring Ballard breweries, a cider tap with local offerings, and spirits.

The dining room has 45 seats plus eight seats at the bar and outside dining. They’ll also have several TVs, a shuffleboard table, and two dartboards.

Pike Taproom Ballard will be open at 11 a.m. daily plus a weekday happy hour.