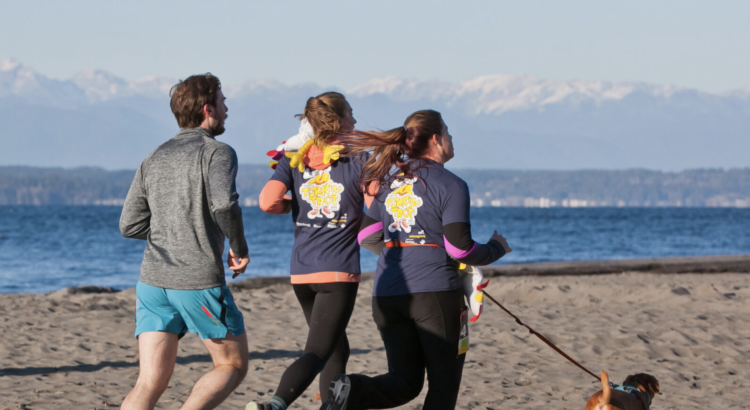 The Ballard Food Bank has decided to retire the annual Seattle Turkey Trot.

The Turkey Trot started in 2007 when a group of friends decided to plan a group run on Thanksgiving morning. About 30 people showed up that first year.

In 2008, 200 people joined, and the original three organizers—Ballardites Erin Fortier, Matt Ramme, and John O’Brien—decided to make it a fundraiser for the Ballard Food Bank.

The event grew from there, with over 5,000 joining in recent years. The original trio eventually handed the event over to the Ballard Food Bank, and it’s remained one of the organization’s biggest yearly fundraisers.

However, the Ballard Food Bank has decided it’s time to let it go.

“During the pandemic, many folks rallied and participated in the remote Trot (thank you!) but participation numbers and fundraising dollars have been down,” the food bank posted on the Seattle Turkey Trot website. “Now, as we emerge from the pandemic with fresh perspective, like many other individuals and organizations, we are asking ourselves: What events and practices from the past do we want to continue, and which ones are best to say goodbye to?

“We know that many of you enjoy the Trot, and we thank you for participating enthusiastically. However, after much consideration, we have decided to retire this event. The fact is it takes an extensive amount of time, resources, and logistics to put on this massive event each year during the very hectic holiday season. This is time and energy that could be used to achieve our mission and support our neighbors.”

The Ballard Food Bank started a new event in its place: The Ballard Bites and Brews street festival started this year, with plans to keep it going as a yearly event.