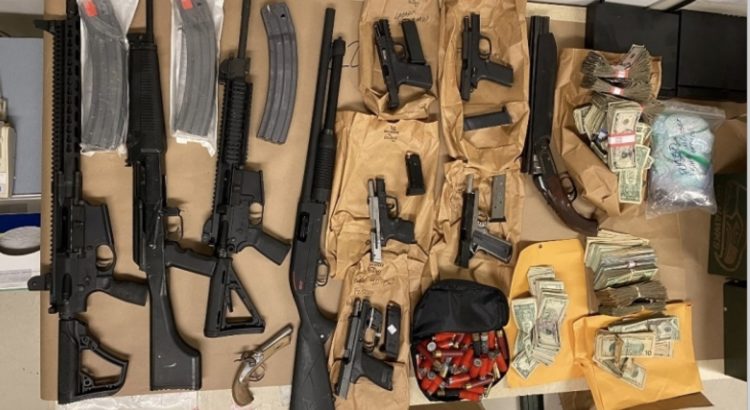 The large narcotics and gun seizure in Ballard last month has been tied to a Mexican cartel drug trafficking group.

The FBI and Seattle Police Department seized more than 1,000 pounds of methamphetamine, hundreds of thousands of fentanyl pills, and 43 guns in the region in recent weeks, which included the drugs and weapons found in the West Woodland home in the 600 block of NW 58th St. on Sept. 22.

“These individuals were bringing large loads of meth, heroin, fentanyl and cocaine from Mexico across the border and up I-5 to the Pacific Northwest,” U.S. Attorney Brown said after the arrests. “Even when an RV loaded with drugs was pulled off the highway and seized by law enforcement, they weren’t deterred. The wiretap revealed various organizations continued to recruit drivers and vehicles to transport their drugs throughout our District.”

The Ballard bust, in which SPD arrested two traffickers, included the following:

“The amount of dangerous narcotics seized during this investigation is staggering,” Jacob D. Galvan, Acting Special Agent in Charge of the DEA Seattle Field Division said in a statement. “Just looking at the fentanyl seized, since four out of 10 fake pills contain a lethal dose, that was enough to kill 132,000 people. This investigation shows our state, local and federal partnerships are needed so we can keep our communities safe, healthy, and free from these dangerous narcotics.”

Photo: Guns and cash found at the Ballard home on Sept. 22. | SPD