One of the most popular events at Seafood Fest is the lutefisk eating contest, and this year was no exception, drawing a big crowd that packed Bergen Place. 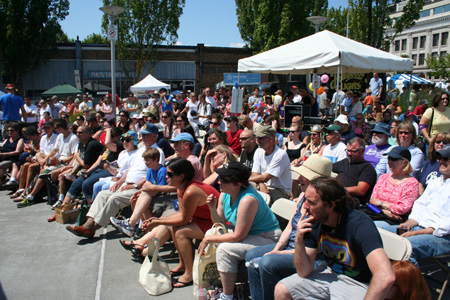 For you first-timers, lutefisk is a Scandinavian specialty — a gelatinous white fish that’s soaked in lye and, well, reeks to high heaven. 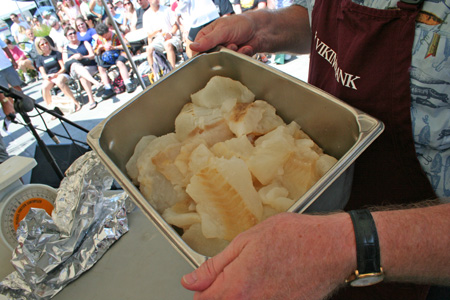 Last year, they served the lutefisk in a soupy mixture, and the winner gulped it down in 30 seconds. This year, they cooked it in chunks and changed the contest rules: the winner had to endure three rounds of competition. 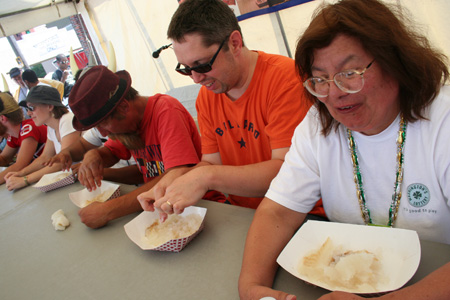 For the first round, contestants had to contend with a pound of the smelly stuff. It was still steaming from the kitchen, so they used their hands to help cool it down, revealing the potent odor. Uff da! 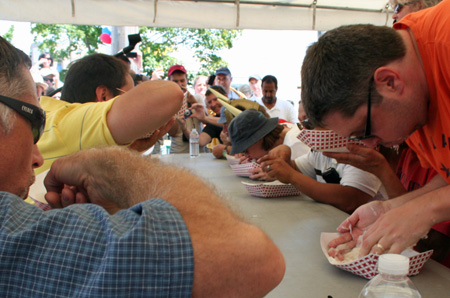 And they’re off! Some picked through the fish with their fingers, while others picked it up and tried to guzzle it down. For the first round, they ate a pound. Five winners moved to the second round for a half-pound helping. And three moved to the final round with another a half-pound. 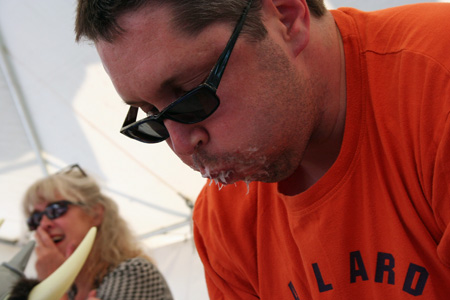 Through the rounds, the man in the Ballard shirt devoured the smelly fish with reckless abandon, edging out his competitors to make it to the final round. 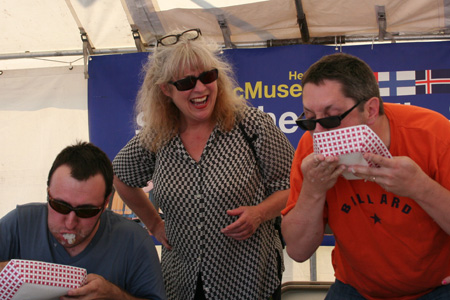 That’s when he met his match, and these two men battled it out to the bitter end. To win, contestants had to slurp down every piece while judges watched. Both finished a fraction a second apart, with the man in the Ballard shirt, Keith, emerging as the victor. The secret? “To eat it as fast as I could,” he said, admitting he had never eaten lutefisk in his life. By the way, Keith is the author of another site in Ballard, Ballardite Blog. Congrats, Keith! Video below…

That was hard to watch but awesome at the same time.

Hey, what happened to the video?

Sorry, I think they blocked the video at work. I can see it from my home web account.