Residents around Webster Park on Sunset Hill have been concerned that the public property could fall into developers’ hands. “Nothing could be farther from the truth!” Seattle Parks and Recreation Superintendent Tim Gallagher writes in a letter posted on the Ballard News-Tribune’s site today. “The city, Seattle Parks and Recreation and the Seattle School District are all working on a plan for the city to acquire the property and to keep it in park use.” 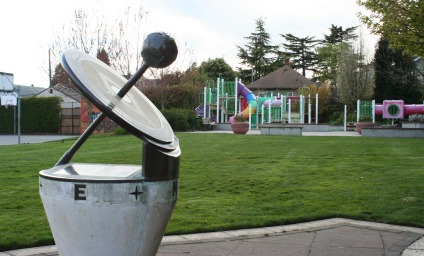 A little background. The park is owned by the school district (it was once the Webster Elementary playground), and the district is considering selling the property. The parks department wants to buy it, but the catch has been the price: the district appraised the plot at $1.6 million, but the mayor only designated $1 million in the budget. So residents launched a letter-writing campaign to keep the park, and it looks like their efforts have paid off. “While the school district’s appraisal indicates a higher value, I believe that we will be able to reach an agreement,” Gallagher says. Good news!