Last week this vandalized billboard was turning heads near the Ballard Bridge. Now two more billboards have been defaced with political messages. All three seem to be the work of the same person (or group of people.) 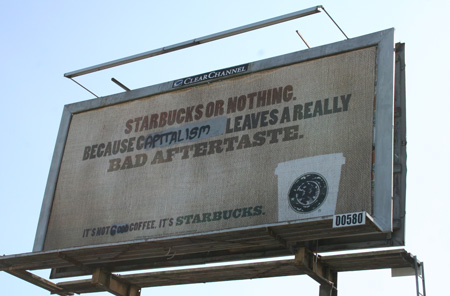 Robby sent us these photos. This Starbucks sign is on Leary near 11th. 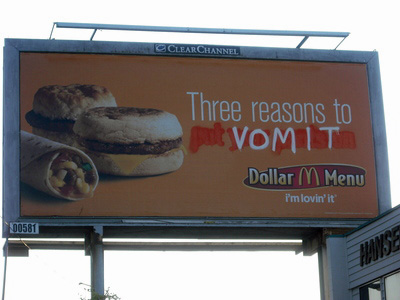 And this McDonald’s sign was on the opposite side of the Starbucks billboard. It has already been replaced.