After a rough 1-8 season last year, the Ballard Beavers kick off the 2009 football season tonight at Liberty High School in Renton. 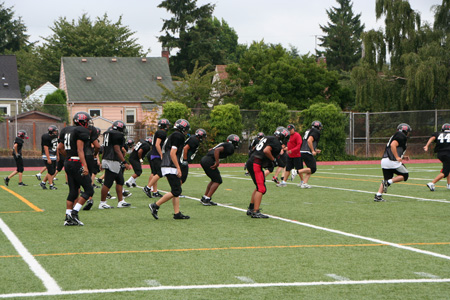 We sat down with second-year coach John Bowers earlier this week to talk about the team. Most players have been practicing since June, and Bowers says the team is showing a lot of promise. “We’re getting better, the attitude is better, the workouts are better,” he said. 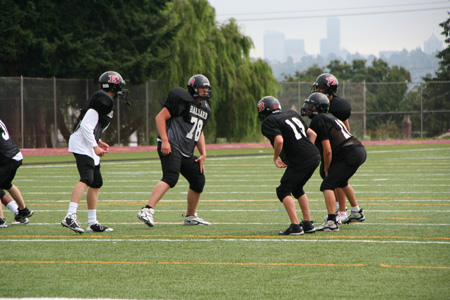 This year’s team is dominated by underclassmen. There are four freshmen on the varsity squad, along with 20 sophomores, ten juniors and ten seniors. “We have strength in senior class with leadership. The sophomore class is very strong and the freshman class stronger,” Coach Bowers said. 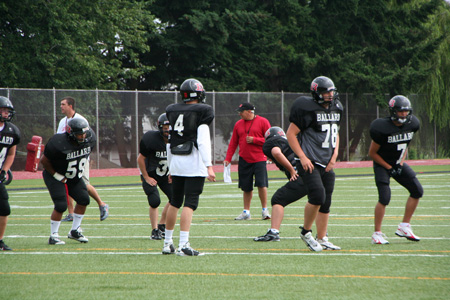 As the team takes to the field tonight against Liberty, Coach Bowers says that this will be a great test for the Beavers because Liberty has a strong team. Last year Liberty beat the Beavers 43-7, but coach Bowers says this year could be different. “If we can run the ball and control the clock, anything is possible,” he said, adding that the atmosphere of the game might be a shock to some of the younger players. “There will be two to three thousand people in the stands watching them. The lights will be on. It’ll be interesting to see how they react to that stuff.” Tonight’s game is at 7 p.m. You can see the game schedule here.