The man accused of a terrifying rape in Covington is also suspected of attacking a woman in Ballard.  The incident in Ballard happened back on September 22 in the 1100 block of NW 57th Street.  A woman was walking down the sidewalk when a man attacked her from behind and dragged her into a yard.  A neighbor eventually came to the rescue just as the attacker was taking the woman’s clothes off.  The man escaped. 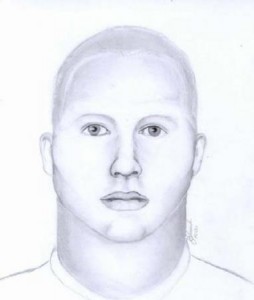 Eight days later in Covington, a woman who had just brought home a new baby opened her door to a young man claiming to be a high school student working on a class project about home construction.  The man told the woman he was touring homes in the neighborhood as part of the project.  Once inside he grabbed the woman and forced her to put her 2 week old baby and other young child into a crib.  After telling her he would hurt the kids if she didn’t do as he said, the man sexually assaulted the mother.  After a sketch of the attacker was released (seen above), police arrested 20 year old Phillip Douglas Baldwin at a home in Maple Valley.

Seattle Police confirm Baldwin is also a suspect in the Ballard attack.  Charging documents in that case are expected tomorrow.  Paperwork shows that Baldwin is also suspected in a second rape in Covington this past summer.