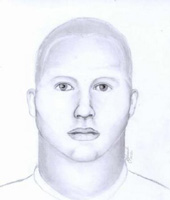 The man accused of sexually assaulting a woman in Ballard on September 22nd has been charged with Attempted Rape in the Second Degree.

According to charging papers (.pdf), Phillip Douglas Baldwin got off work in Ballard at 7:40 p.m. the night of the crime just 10 blocks from where he allegedly assaulted a woman. Surveillance video from Ballard Market shows a man who looks like Baldwin leaving the store empty handed at 9 p.m. “The fact that he was wandering through a grocery store an hour after he got off work without buying anything suggests that he was loitering in Ballard looking for a victim,” the documents state.

According to the documents, at 9:13 on September 22nd, a 26-year-old woman says a man grabbed her from behind and dragged her into a yard in the 1100 block of NW 57th St. He threatened to kill her if she screamed and demanded money, which she didn’t have. He sexually assaulted and attempted to pull her pants off before she started screaming. The homeowner heard the commotion and came outside and scared the suspect away.

The King County Sheriff’s department searched Baldwin’s residence and found the clothing he was wearing in the surveillance video.

May he be raped in prison.

How long until that jackass hmd or whatever comes in and defends this rapist? Poor Phil is just misunderstood…

He’ll be out in 10 years with good behavior. You can thank your lenient court system next time you see him in Ballard.