After nearly six months of construction, the final work is being done on the Boys and Girls Club (1767 NW 64th St) expansion. 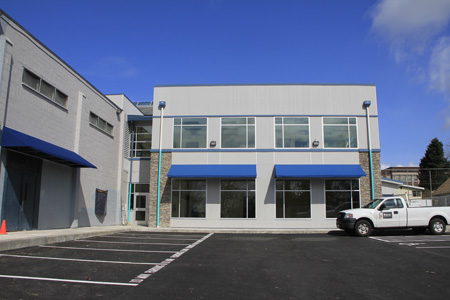 A look at the expansion from NW 63rd St

Executive Director Mark Hendricks gave us a sneak peek of the nearly-complete building. The new 5,000 square foot expansion features 4,000 square feet of usable classroom space. The parking lot is off NW 63rd St, although you can enter from both 63rd and 64th St. 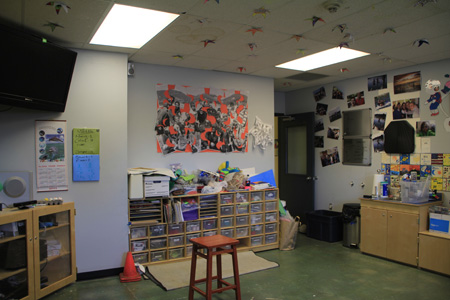 The middle school students will be getting the best room in the expansion. The old room (above) was small, dark and felt like a garage with windows along the top of one wall. “This is their home base, so for those middle school kids the home base just wasn’t adequate,” Hendricks says.

Parents are thrilled with the new room, which will be more than double the size of the old room. Kathy Tuohey has a seventh grader who has been going to the Boys & Girls Club for two years. “The counselors here have really done a fantastic job of getting the kids out,” Tuohey tells us. “They move around, they never stay in that room for too long so the kids haven’t been unhappy but when they see their new room, they are going to be over the moon!” 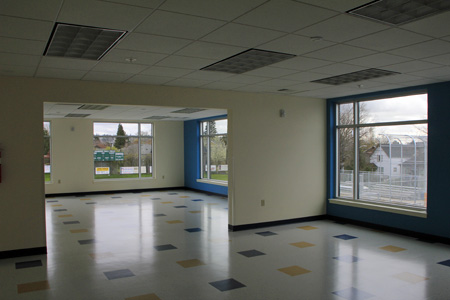 The new room will be more than double the size with windows on three of the four walls. Hendricks says he doubts the kids will appreciate the view they have. “On the nice days you’ve got Mount Rainier, the Seattle skyline and the towers on Queen Anne,” Hendricks tells us. “We just didn’t realize the kind of view we were going to have.” 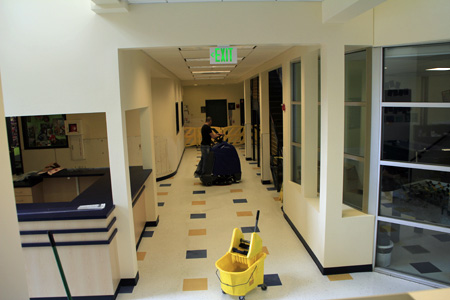 A look at the main desk from the stairs of the expansion.

Also part of the expansion is a second room for second and third graders, a second room for fourth and fifth graders, and a new Kindergarten and first grade room along with the preschool program. There is also a new fitness room. “It’s got a suspended floor so that we can hop scotch, we can jump rope, we can do exercises, relay races lots of fun activities to work on our physical fitness,” Hendricks says. One thing that was left out of the design, much to Hendricks’ disappointment was a spiral slide going from the second floor of the expansion to the main foyer. 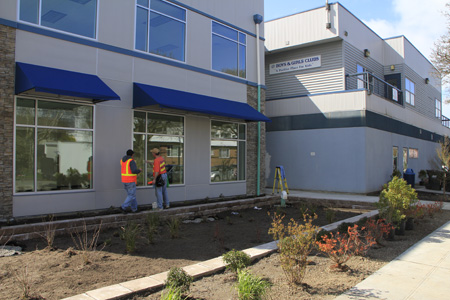 As part of the expansion, a rain garden was required by the city so storm water would go back into the ground, not into the sewer system.

There will be a community ribbon-cutting ceremony on Thursday, April 14th at 5 p.m. Along with brownies and cake, Veraci Pizza and Dante’s Inferno Dogs will be there. Sand Locked Sandwiches will also be serving up fried peanut butter sandwiches. “We’d love anybody to come by and see it. We’ll be full of kids just like we normally are in an afternoon, all the parents of the kids,” Hendricks says. “There will actually still be baseball practice going on on the field, so we’re just going to pack it out.”