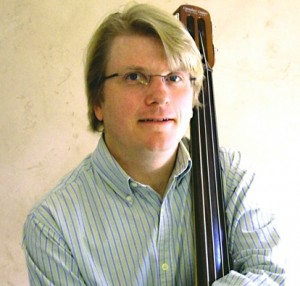 Local composers Eric Nielsen and Nan Avant are set to premier their new compositions as part of the Celebrate World Music event at Benaroya Hall. The concert will be held in the Nordstrom Recital Hall at 2 p.m. this Sunday, March 24.

The Celebrate World Music event is set to showcase international music with new works from eight composers. The composers were invited to create new works featuring an  instrument associated with a particular country or culture.

Ballard composer, musician and artist Eric Nielsen composed a piece entitled “Africa Dances, Africa Dreams” for the event. This new work was inspired by West African rhythms and combines Western and African instruments to showcase the unique rhythm, motion and joy of African music. “For inspiration, I did a lot of listening of traditional and popular music of many African regions – mostly West African, but also parts of Southern Africa, including the music of  Zimbabwe,” said Nielsen.

Nielsen has been fascinated by musical instruments from a young age and plays upright bass, piano and guitar. However, when it comes to composing he prefers to use the piano. Nielsen enjoys creating pieces for small chamber ensembles and orchestras and saw that being involved with Celebrate World Music would be  “another perfect opportunity to do that.” “I also liked the world music aspect of this concert, as it prompted me to study up on African musical styles that I was not familiar with,” said Nielsen. 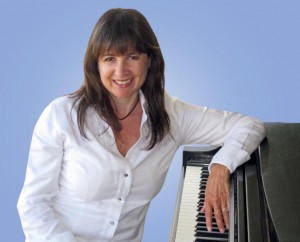 Nan Avant is a local pianist and award-winning composer whose work will also feature in Sunday’s concert. Her piece “Tributum” is a concert work that will feature the Great Highland Bagpipes and Uilleann pipes. Avant composed “Tributum” to be a musical representation of the Isle of Skye, Scotland and the Emerald Isle, Ireland. “I love the music from Ireland, Scotland,  and the bagpipes. I visited Scotland a couple of years ago and just imagining the beautiful scenery of that country, is an inspiration,” said Avant.

Avant has been playing the piano since childhood and refers to it as her main instrument. She majored in Piano Performance at California Institute of the Arts and then studied Film Scoring at the Pacific Northwest Film Scoring Program under the direction of Emmy Award winning composer, Hummie Mann.

The event will celebrate world music through the works of both Nielsen and Avant and six other Pacific Northwest composers including Lonnie Mardis, Catherine Grealish, Todd Kovell, Jason Staczek, Glenna Burmer and Tim Huling. These talented composers will transport audience members to the soul of international music from countries including Cuba, Hungary, Spain Australia and Iran. “This is going to be like a taking a two hour journey around the world,” said Nielsen.

Celebrate World Music will feature virtuoso soloists accompanied by The Northwest Sinfonia, conducted by Grammy award-winner David Sabee. “The audience will be delighted with the uniqueness of these new works,” said Avant.

Tickets for the event are $30. They are now available by calling the Benaroya Hall Ticket Office at (206) 215-4747 or online through their website.

To learn more about the concert check out the Celebrate World Music website here.