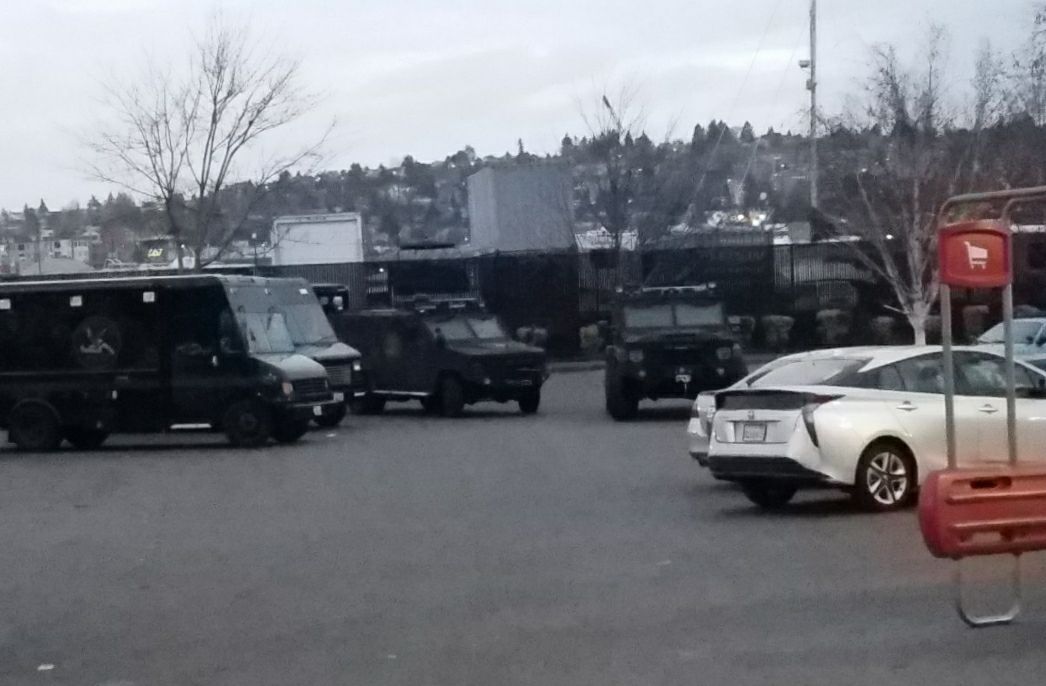 (SWAT vehicles near Fred Meyer. Thank you Valerie for the photo)

Updated: A man ran from police in the 4200 block of 9th Ave. NW this morning, sparking an hour-long standoff that ended in his arrest.

Seattle Police Detective Mark Jamieson told My Ballard that officers initially thought the suspect might be Christopher Burrus, the man wanted in the burn assault in Ballard last month. Burrus is believed to be still in the Ballard area.

Officers called a SWAT team and negotiator to the scene near the Fred Meyer, and the suspect was taken into custody without incident, Jamieson said. Officers learned the man was not Burrus, but a suspect wanted for felony burglary and theft.

As we wrote earlier this week, there are have been 16 burglaries in the last few days in the greater Ballard area.

A member of Mike O’Brien’s oppressed hobo class no doubt. Will the city apologize to him?

No worries; Rex Hohlbein will write a poem about this guy, too.

You wanna mess with the SAWT?
I dont think so..