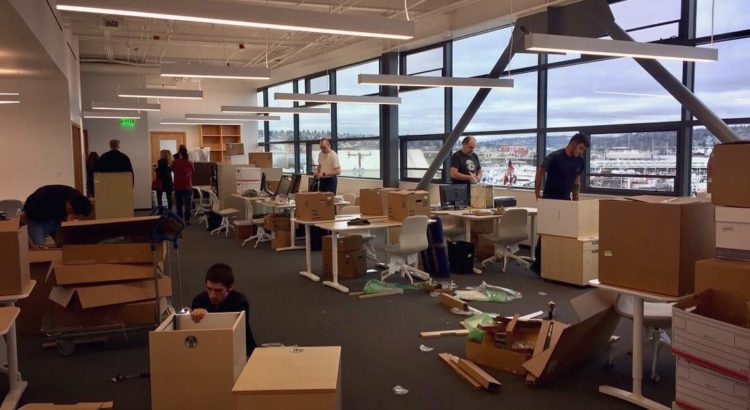 A few quick blurbs from around the Ballard area…

– NEW NORDIC: The Nordic Museum’s address has officially switched to the new location, and the staff moved into the new digs on Friday (photo above from @NordicMuseum). The building opens to the public on May 5th.

– BURGLAR STEALS CAMERA: Early in the morning of Jan. 30th in the 1400 block of NW 63rd St., police say a man gained access to a locked condo building, tore the surveillance camera off the wall and walked away with it. Nothing else was reported stolen. Police are examining the video.

– CRIME CHECKS: We spoke with SPD’s Mark Jamieson to check on a few ongoing cases. He said the investigation into the assault at Salmon Bay Park is still active, but he has nothing new to share. He said there’s no new information on the search for the Ballard dumpster fires suspect — or the search for Chris Burrus, suspected of setting a man on fire last November.

– HALE’S ALES: As we reported in December, 34-year-old Hale’s Ales is promising big changes this year to compete with newer breweries. “We’re rolling out new packaging. The website is getting an overhaul. We’re brewing new beers. The taproom is getting a makeover,” explained Mike Hale in an email this week. “We’re working on becoming the most happening spot in Fremont, featuring events and musicians in our pub on a weekly basis.”

– MOTHER OF EXILES: As part of the “Beer Trumps Hate” campaign initiated by Rooftop Brewing following the 2017 election, Stoup Brewing has brewed Mother of Exiles IPA. Proceeds from the sale of this beer will benefit The Refugee Women’s Alliance (REWA) during the month of February. Stoup will host an event tomorrow (Tuesday) evening.

– HOLMAN PEDESTRIAN OVERPASS: The city has finished its design work for the new crosswalk on Holman Road at 13th Avenue NW, near Dick’s Drive-In, that will keep the current pedestrian overpass instead of tearing it down. PhinneyWood has the details.

– TRANSFER STATION: In partnership with Goodwill, the North Transfer station in Fremont (1350 N 34th St.) has opened a “reuse donation center” — a drop-off location for reusable household goods and electronics. It’s also opened a “community education room” with interactive exhibits. Seattle Public Utilities will be holding an open house there on Saturday between 10 a.m. and noon.

We have a lot more community events on the Ballard calendar — and there’s always something going on in the My Ballard Facebook group, which recently surpassed 2,500 members.