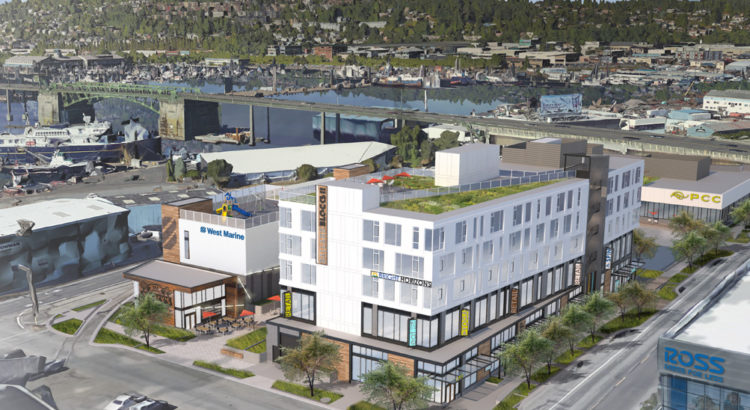 A month ago, we reported that PCC was coming to the west end of the Ballard Blocks II project, at the base of the Ballard Bridge (across from Edith Macefield’s old house.)

Today the city has given the go-ahead for work to begin on east end of the project as well, ruling it “has been determined to not have a significant adverse impact upon the environment.” 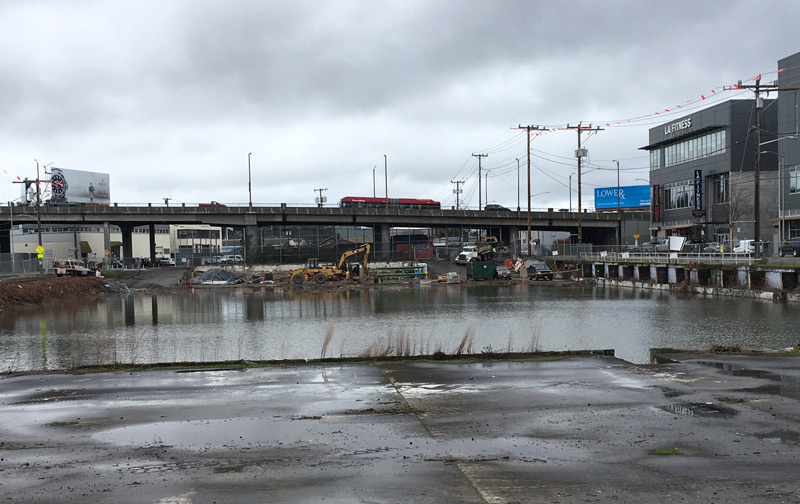 Sometimes called “Lake Ballard,” much of the land is covered with water (this is the view from the eastern side looking west.) Workers will excavate 50,000 cubic yards of material from Ballard Blocks II to make room for underground parking, and “some localized structural fill may be placed under the building foundation” in areas with “unsuitable soils,” according to the land use ruling (.pdf).

So what’s going into the east side of Ballard Blocks II?

We’ve already reported that Bright Horizons child care and West Marine are tenants in the new space, and now we’ve learned that 85C Bakery Cafe is coming, too. With over 1,000 locations around the world, 85C prides itself on “premium coffee, bread, and cake at affordable prices.”

In a posting by the architectural firm Weber Thompson, there’s a lot of retail and office space still available. Here’s the first floor, and there’s more on the second floor: 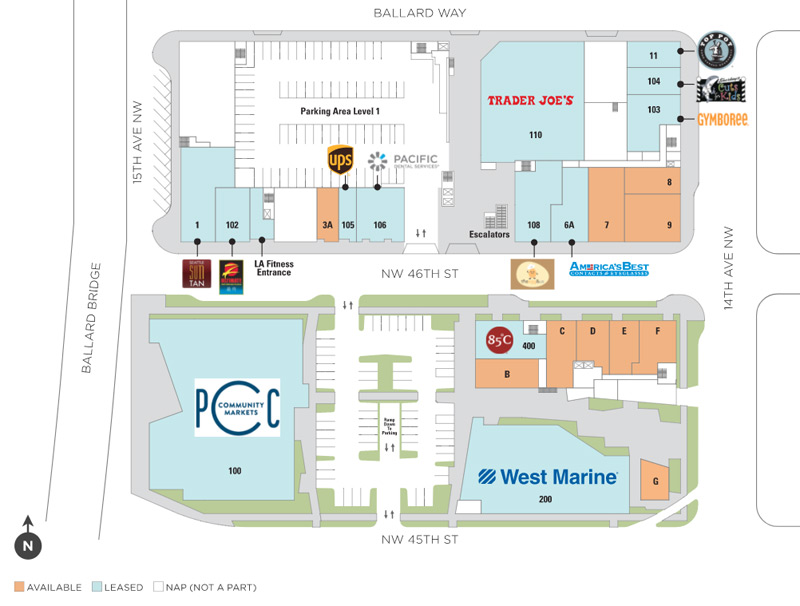 The plans refer to a “restaurant space,” which looks like “G” above in the SE corner. The sketches for the project show outside seating in a courtyard area: 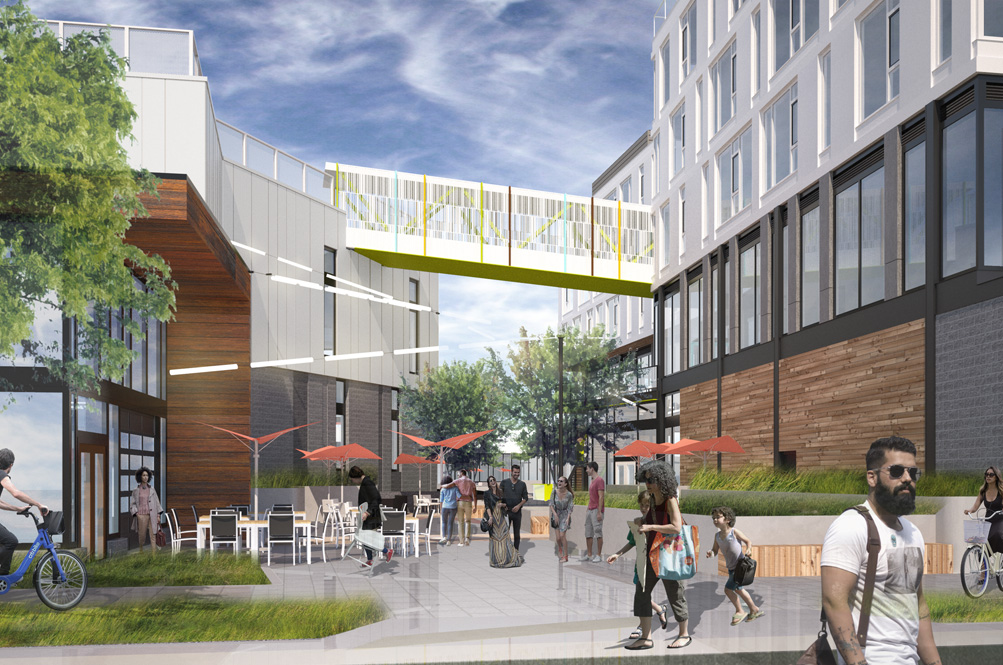 Bright Horizons takes up the third floor, and an elevated walkway leads to the roof the other building, where there’s an outdoor play area planned: 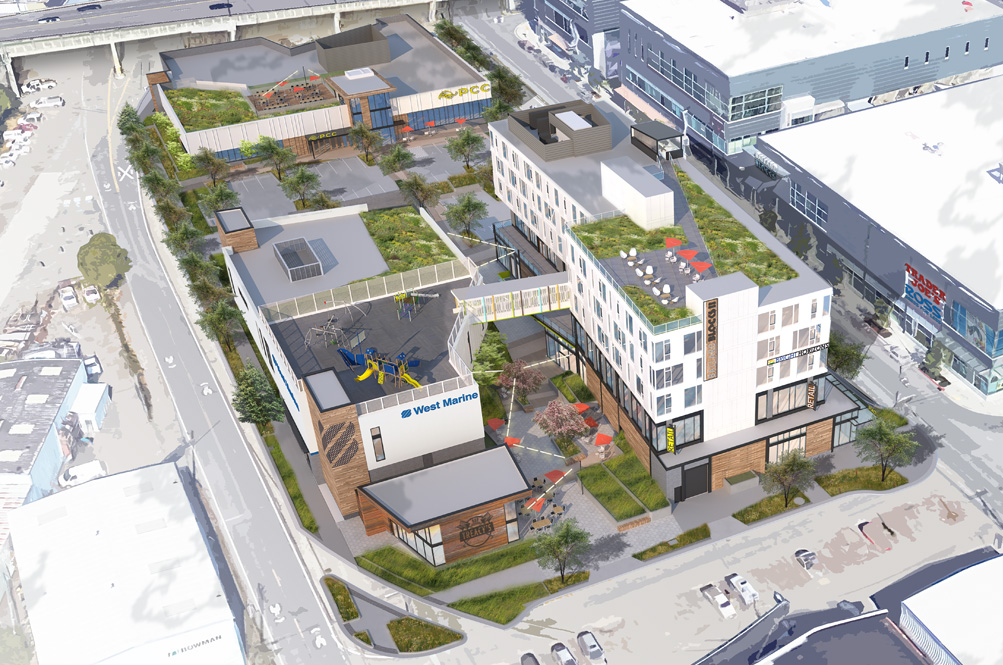 The project includes parking for 166 vehicles underground in addition to the ground-level parking lot next to the PCC in the middle. The plans also call for 12 dedicated parking spots for parents and care-givers to drop off and pick up their children from Bright Horizons.

The timeline for the project has slipped over the years, and we’ve reached out to Ballard Blocks for more information. We’ve also asked about any future plans for the Edith Macefield house, which remains untouched behind chain-link fence. We’ll update as we learn more.