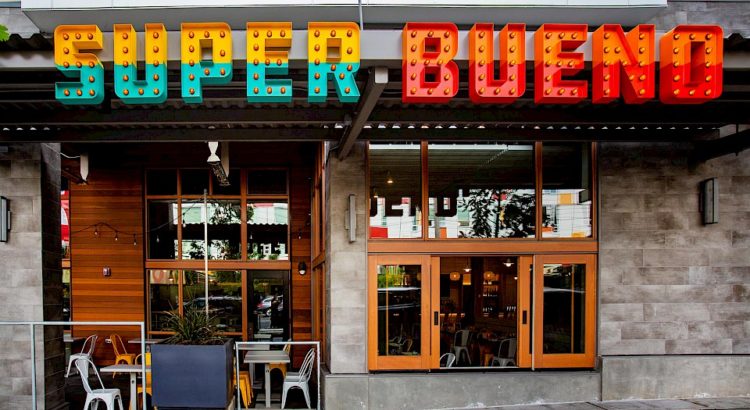 Super Bueno wants the best of both worlds: a family-friendly restaurant that also attracts the 20-something crowd. The lower level features a full bar with 65 tequilas and mezcals, and the upper level has a play area for kids. There are also two large heated patios right on Stone Way, and a happy hour that runs from 4-6 p.m. every day. It’s also a cafe that serves espresso, breakfast burritos and sandwiches during the day. Then a restaurant that offers a full range of tacos, nachos, salads and flank steak in the evening.

“We’re not trying to be crazy serious about it,” Ethan Stowell told Seattle Met. “We expect to serve a lot of cheese quesadillas.”