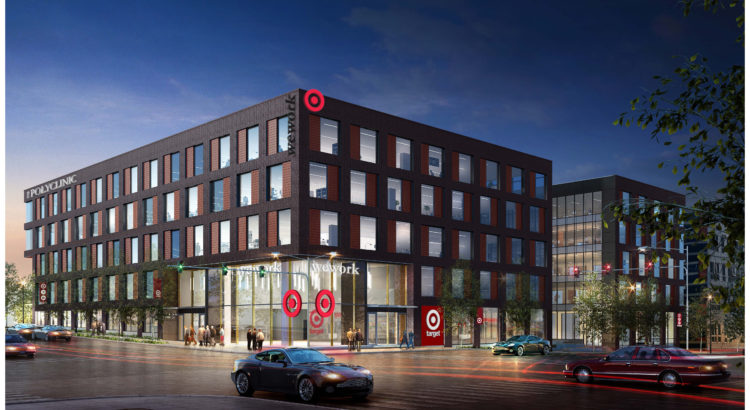 Thanks to your tips, My Ballard broke the story last month that Target is planning to open a Ballard store in the new Martin Selig development at 15th and Market.

Today Target officially announced that the 26,900 square-foot store will open in Ballard in 2019, and Martin Selig released a rendering of the new office building with all the signage (above).

For context, full-size Target stores are in the 130,000 square-foot range.

Target also announced new small-format stores are coming to the U District and Bellevue. Each location will customize its inventory for the neighborhood. Target says the Ballard store “will focus its assortment on baby and kids, apartment and home essentials, and beauty products.”

The Ballard store will also feature online pickup — usually ready in less than an hour — as well as same-day delivery services powered by Shipt.

The store will employ about 50 people, Target said.

As for the office development at 15th and Market, Martin Selig says it’s 80% leased. As we’ve been reporting, other tenants include Polyclinic, WeWork and Equal Exchange Coffee.