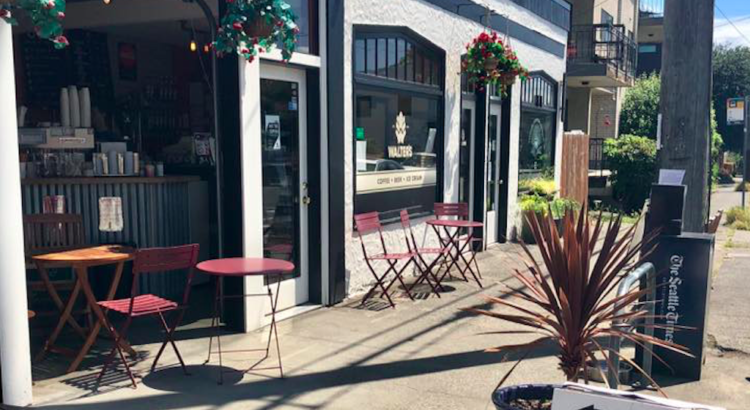 A longtime community hangout in Sunset Hill, Walter’s Cafe has been given until the end of November before it needs to find a new location, the business said.

A few days ago, the deadline was much sooner: the My Ballard Group discovered that Walter’s had been given a notice to vacate their spot at 6408 32nd Ave. NW by the end of the month.

“Nooooooo. We’ve been going there for over a decade. We love Walters!” read one of the many comments. Another commenter encouraged neighbors to email the landlord to ask for more time.

“We are now guaranteed thru the end of November,” said Kim at Walter’s on Facebook last night. “We are overwhelmed by the outpouring of love and support from our friends, family, and community. Thank you for your fast and furious response to the recent notice to vacate.”

With the extension in place, some neighbors are now wondering what can be done to keep Walter’s around beyond November.

“Please spread the word that we will be serving up your favorite coffee, ice cream, and beer as usual for another few months. We could not have done this without you,” said Kim on Facebook.

Just down from Walter’s at the corner, a new restaurant is planning to open in early November. There’s no word what’s planned for Walter’s current space.

Update: Walter’s responded to our earlier request for comment: “At this time we don’t have any plans to move to a new location after November. We will continue to provide updates for the neighborhood on our Facebook and Instagram accounts. Stay tuned and thanks again!”