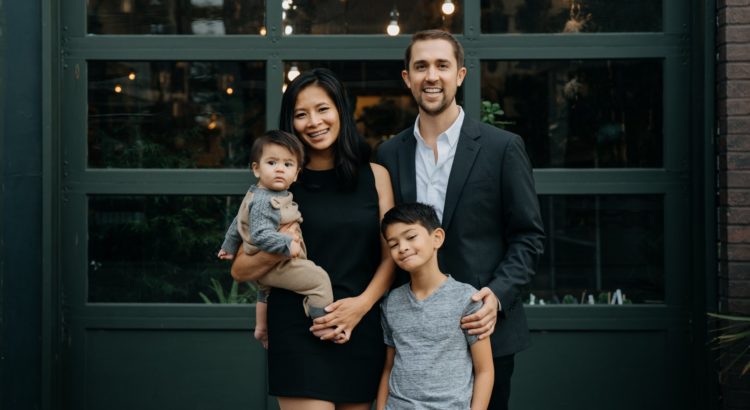 Update (Nov, 16): Christopher Rufo and his wife Suphatra have released new information about the harassment that led Rufo to end his campaign for city council in District 6.

Suphatra wrote a long post about the decision, which was shared on Rufo’s campaign Facebook page. In the post, she shared a bit of her background as an immigrant and her choice to move to Seattle a decade ago, “for its culture of diversity, inclusion, and economic opportunity.” She also describes encouraging her husband to run for city council, and the subsequent onslaught of negative messages they’ve received in the past two months.

“Since we launched the campaign, I have been harassed, cyberstalked, and intimidated. Activists in the housing and bike community have sent me messages saying that my husband is a white supremacist and sending us links to white supremacist sites. We have been called white nationalists, fascists, alt-right, and right-wing extremists.”

She said she received hundreds of messages from one individual, who sent her white supremacist content, and attempted to get her fired from her job. That person also posted on her son’s school Facebook page, which was subsequently deleted by the moderator.

“I’ve spoken with a police detective who has offered to help us determine whether or not the harassment meets a criminal threshold,” Suphatra writes.

The Rufos shared several screenshots of the online harassment with The Stranger‘s Katie Herzog (article here), and told her they would be meeting with an SPD investigator next week.

“Once our investigators have spoken to Mr. Rufo, we will evaluate the information and determine whether or not to move forward with a criminal investigation,” the SPD told The Stranger in a statement.

Original (Nov. 14): The man who planned to challenge Mike O’Brien in next year’s Seattle City Council election has announced the end of his campaign.

In an email to supporters, Christopher Rufo said he and his family have received countless messages of threats and harassment. The threats became too much, Rufo explained in an email to his Crowdpac supporters.

“I was prepared to take the heat, but unfortunately, they have focused their hatred on my wife and children,” Rufo said in his email.

They’ve made vile racist attacks against my wife, attempted to get her fired from Microsoft, and threatened sexual violence. They’ve even posted hateful comments on our 8-year-old son’s school Facebook page. I know that as the race progresses, the activists will ratchet up their hate-machine and these attacks will intensify significantly.

Rufo, who announced his campaign in September, has been vocal about his plan to take on homelessness as a city councilmember. His December 6 event to speak about his research on Seattle homelessness has also been cancelled.

I feel deeply disappointed about this turn of events and hope that I have not disappointed you, too. I’ve been overwhelmed by the support, love, and passion from hundreds of people all over the Puget Sound. I know in my heart that our cause is just and our ideas would make Seattle a better place. But my primary responsibility is to make sure my family is healthy, happy, and safe. That’s not possible in our current political climate, which has been overtaken by polarization and the ever-present threat of violence.

Rufo said he plans to spend the next few months writing about his experience in a series of essays — “Since I announced my campaign, I’ve learned that our problem here in Seattle is much deeper than the city council’s policies — we have created a culture of intolerance that is deeply destructive to the common good.”

Since the launch of his campaign, Rufo’s Crowdpac campaign has raised $12,760 of his $15,000 goal. Rufo says he plans to refund all of his donors, and will personally cover all costs of the campaign.

My Ballard has reached out to Rufo, who confirmed his withdrawal.