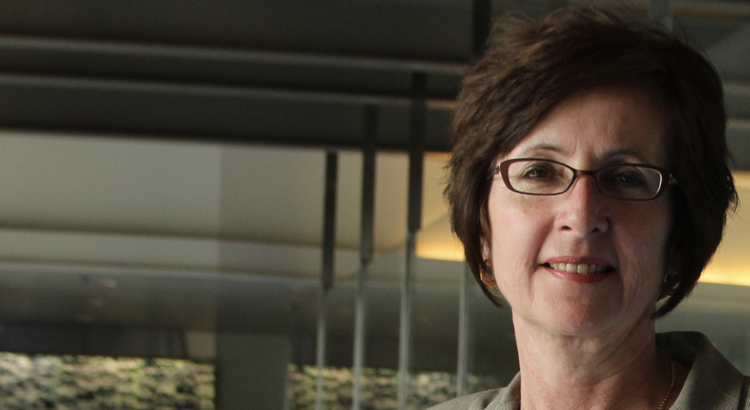 There’s a new candidate running for Seattle City Council in our district.

Kate Martin, who has lived and operated a landscape architecture business in the neighborhood for 32 years, is planning to challenge Mike O’Brien for his seat on the council in the 2019 election.

You might remember Martin from her 2013 mayoral campaign — here’s an excerpt from a Seattle Times article during her candidacy:

She’s the stubborn former school-board candidate who did a stand-in at Roosevelt High School to demand her son be transferred to a better math teacher’s class. She’s the guitar-playing mother of two who spent thousands to install a skatepark in her front yard, only to have the city order that she take part of it out. She’s the longtime Greenwood Community Councilwoman who loves taking jabs at former member, Mayor Mike McGinn.

While it’s still early days, Martin is entering what so far looks like a quiet race — Christopher Rufo ended his campaign two weeks ago, which makes Martin the only current challenger for O’Brien’s seat on the council.

“I’ll be rolling out the themes of my campaign over the next few months and I want you to be there discussing them with me,” she writes on her campaign page. “I’m shooting to have 150 likes on my campaign Facebook page and 150 subscribers to my campaign newsletter so we have a ‘quorum’ of sorts for discussion.”

Martin also recently wrote a newsletter about her interest in campaign transparency and a call to change the “status quo” candidate questionnaire system.

…behind the scenes, candidates have to answer dozens and dozens of questionnaires from special interest groups and media, but voters don’t get to see most of the questionnaires and the tedious and redundant process takes candidates away from voters.

She calls for a publicly-selected, universal set of questions for candidates. Historically there are just too many questions, especially for campaigns with smaller staffs.

We’ll be following Martin’s campaign as we learn more about her plans for District 6 — stay tuned.

Surprising to absolutely no one, another entitled narcissistic woman is running for Seattle City Council.

Wow, she did a “stand-in” at bougie Roosevelt High to make demands about her kid’s classes? How impressive. I wonder if she ever had to worry about her kid being shot at by gang members (muh sanctuary city muh po-lice reforms). I think we all know the answer to that one.

She sounds like a real tough gal. HAHAHAHA
Hey Social Justice Commies: does her whiteness cancel out her gender?
it’s all a “social construct” anyway but I love how you guys do your little mental gymnastics trying to determine who is more “privileged”. Let me know!

I was the math teacher of her son and she said some absolutely disgusting things about me during her little stunt.

You deserved every bit of it, you’re a terrible teacher.

Were you not fired from SPS, Mr. Hawkins, for showing movies in your classroom rather than teaching?

Former schoolteacher here. You deserved it. You’re an embarrassment to my former profession.

Get rid of the hobos and I’ll vote for you. Otherwise don’t waste my time.

Haha, that’s funny. Why would they get rid of a guaranteed source of tax increase justifications? That’s like asking the Democrats to “solve” teen gangs or teen ghetto pregnancy – they know the causes and they know they enable the mess but it’s a BIG moneymaker for them, just like the military is a big moneymaker for Republicans (and many Democrats). Open borders! No slut shaming! No dads! No police! Invade the Middle East! It’s all the same sort of stupid.

anyone would be better than mikey. so tired of his smug mug.

ehh.. no, she just goes around screwing everything in our neighborhood

I have yet to find one resident of this district that thinks tents everywhere are okay (except O’Brien). All she needs to do is say something like “I won’t allow tents in places that aren’t campgrounds” and she’d prolly win by a landslide.

i have yet to find a one resident who remembers voting directly to upzone the neighborhoods, or pay for Inslee and Jayapal to jet around and make photo ops for their future political career moves.

Know anybody who thinks it was a good idea to put Amazon in the middle of downtown?
Seattle is turning into a place where you can almost be sure those in power will make the absolute worst decision possible. They can use the “we’re a city in transition” magic spell and suddenly they’re absolved of any responsibility. I’m sure there’s an analogy in there about building on sand or moving goalposts or something – oh yeah they’ll call it a “crisis” which means it’s pretty much an “act of God” that only massive amounts of taxpayer money can fix.

Incorrect, Seattle has turned into a place where people like you just ignorantly whine like a child on the internet but do nothing towards a solution. You are the real problem with this city, and you are boring.

No argument detected. Hey if you’re gonna hand my cash to junkie burglars expect complaints, Moron. We all work hard to live here, Social Justice. I’d be fine 100yrs ago but types like the Soy Brigade turned it all into Sim City for leftist retards. Merry Christmas all ye Commie Latte Liberals.

Your failed attempt at a mindless Trump-wannabe, anti-PC insult is also boring, predicatable, further proves my point, and demonstrates exactly how badly the American education system is failing.

Wouldn’t be Seattle without someone calling someone with a different opinion Trump or Hitler.

You always manage to bring Hitler into the conversation and make retard comments.

Tell me, do you get out your Stanford-Binet test scores during dates or just drop Joyce or Pynchon quotes to wow the ladies?

Oh, and keep ruining Seattle. It’s fun to see the other liberals roll their eyes at the South Park level stupidity here in the daily news – it’s almost like even they are slowly realizing that the crazy cat ladies really ARE running the city.

our property tax rate is lower than average in the US. we have no state income tax. you pay WAY less taxes here than almost all other locations in the US.

Yuh, this isn’t the right candidate to thump O’Brien. Too early to declare, anyway.

Let’s not dump on Kate Martin here.
It’s too early to reject ANYBODY who wants to run against O’Brien.

If she runs on removing tent encampments and RVs, and has a solid plan for Ballard, she will have my vote, completely regardless of her other positions.

This is the low bar the CC has set for the city: please remove the junkie encampments.
Seems obvious, right? Whelp, here in Opposite Land, demanding that the city provide law and order for its TAXPAYING CITIZENS WHO PAY DEARLY TO LIVE HERE is some kind of reactionary, radical position. Even funnier, you can chase off your tent neighbor with a bat IF YOU LIVE IN A TENT (and likely escape charges) but chasing them off the block with a water hose is pretty much Nazi Germany level hate crime and you are likely to get destroyed by the Diversity Judges.

Has Kate Martin declared her position on the abandoned dog at Golden Gardens the other day?

As long as she can keep Ballard coyote free then she’s got my vote!

Kate Martin because you can never have enough crazy

And the threats and harassment begin in 3,2,1….

How do we get ahead of crazy if we don’t know how crazy thinks…..

No doubt yet another cookie cutter Seattle liberal. Prove me wrong here Kate. Be the opposite of what we currently have now. Be that breath of fresh air. I can hope for change.

Does she have a campaign page other than on Facebook? I quit FB. How ’bout a regular website?

Rumor has it Sara Nelson might be running, a pro- small business candidate and hopefully anti-hobo

Cool long as she demands more green space for my ” Coyote ” friends to have a decent meal of these little yipper dogs that get tied up outside at QFC and market St. Then she is a keeper !

Hi Kate. I know you’re reading this. You look like a open-minded, progressive, liberal woman. We need more of these women running Seattle. They are making great progress on our problems. Welcome to the hood.

Yeah, Progressives have been a big blessing all across the West.