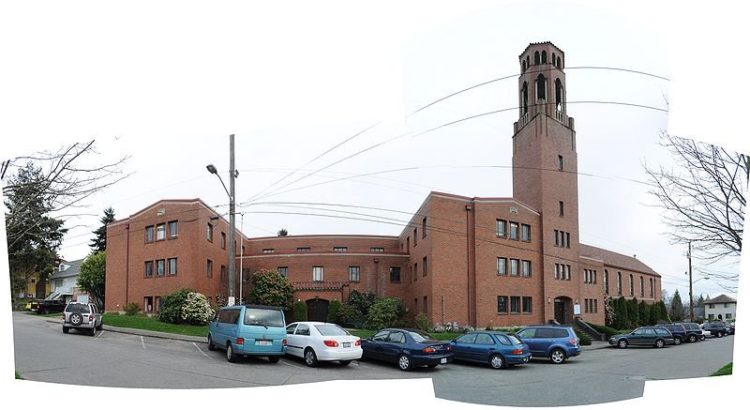 The 90-year-old church at 6512 23rd Ave NW was recently purchased by Green Lake Presbyterian Church, who will take possession in the coming weeks. Trinity United will temporarily worship at The Landing, an event room at Shilshole Bay, next to Ray’s. Their first service at The Landing will be on Feb. 3.

“It was a hard decision. It’s not easy to leave a space that’s held 90 years of ministry and work,” Trinity United Pastor Aaron Strietzel told My Ballard. He became Trinity’s pastor recently, taking the helm last summer. He says that the congregation had been considering a move for a few years, and ultimately decided to sell because of the high costs of upkeep and maintenance. 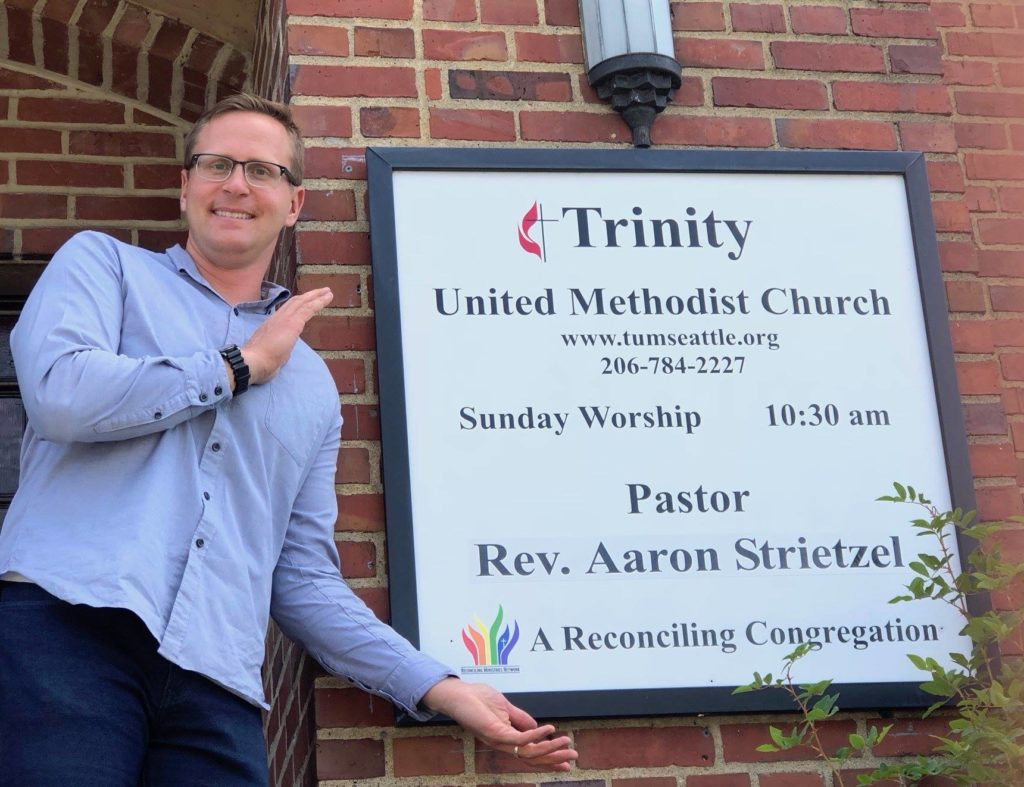 Trinity United has been well known for their community outreach over the years, from their weekly Soup Kitchen to sheltering the homeless and even hosting a weekly basketball league for 30 years. Strietzel says they want to continue some of that work, but will have to reassess how to best serve the needs of Ballard with their new arrangement.

“We’ve always been a community that’s advocated for social justice work so that will continue to be a huge focus of ours. Our new location will determine how it takes shapes in the future, but that’s central to our DNA. It’s not a question of if, but how it will take shape.”

In preparation for their move, Trinity United will host a moving sale this coming weekend. On Sunday, Jan. 13, they’ll have a silent auction for valuable items from 12:30pm to 1:30pm, and all other items will available for a donation from 12:30pm to 3:30pm. Some of the items they’ll be selling will include couches, bookshelves, desks, chairs, dressers, Christmas decor, books, plates, silverware, games, toys, puzzles, religious decor, pictures, rugs, and more, they say on their event listing (click here for a photo album of items for sale).

Streitzel said they’ll likely use The Landing for six to nine months and eventually plan to move to a new, more permanent location elsewhere in Ballard.

“We’re open to moving into another church, but we’re not sure yet what that might look like,” he said. “But we want to stay in the Ballard area.”

Trinity United’s last service at their current location will be on Jan. 27.

Baptisms at the little beach behind West Marine? Yahoo!

Seattle, SF + Portland are the 3 top least religious American cities today. Most flock to the church of the open wallet: big government and are lost in pop culture. It’s no surprise this church is moving. I’ve lived in their backyard for 35 years now. I know.

World’s smallest violin is playing for your heartache.