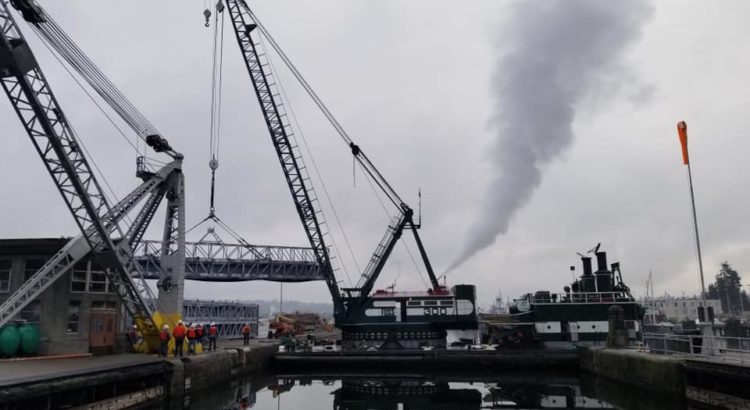 Contractors use a Foss 300 steam crane barge in order to install the logs, which work to stop water in an emergency. The logs can also act as an auxiliary spillway if they need to spill more water than the dam allows. 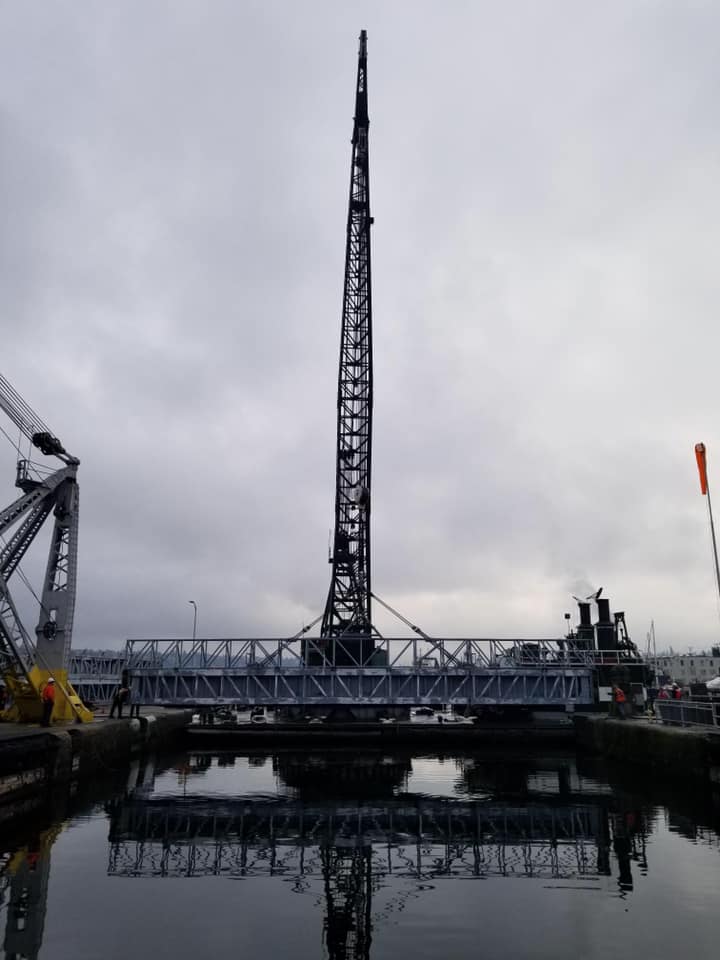 The large lock closures are 7am to 5pm Jan. 24 and 25. During the closures, they’ll be replacing a wire rope, reconditioning a portion of the emergency closure system and testing the system.

“In the unlikely event of a large lock gate failure and uncontrolled flow through the chamber, this system lowers a series of gates into the flow to stop it,” said operations project manager Jon Hofstra said. “The contractor will test the system during this outage and place those gates, called stop logs.”

During a safety review in 2011, the aging closure system was highlighted as a potential issue for the Ship Canal. The large 1920s-era crane on the east end of the large chamber is part of the ECS — a contract to replace the crane was awarded in 2017, but work isn’t yet scheduled for installation.